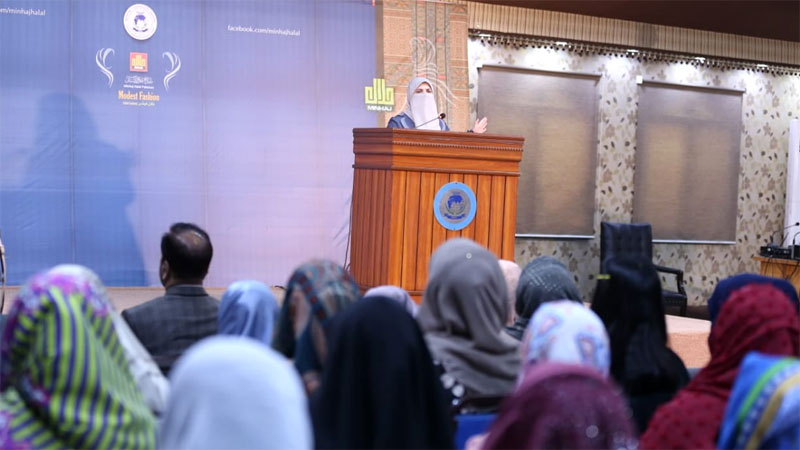 Speaking to the audience, Dr. Farah Naz said that everything that benefits a human being socially, economically, culturally or scientifically is 'Halal' (permissible) and anything that's harmful for oneself and others is Haram. She said that Islam as "Deen" is a complete conduct of life that gives a particular identity to Muslims in order to live their lives in accordance with the Islamic values.

Furthermore, She said that everything that is permissible and lawful in Islam is Halal, which applies to all aspects of life. A fashion norm that doesn't exceed the limitations given by Islam is Halal Fashion.

Dr. Farah Naz concluded her talk with the references of the Quranic verses of Sura'h Al-Ahzab and Sura'h Al-Noor about Hijab and veil. Later, she also stated the Hadith of Sahih Muslim, according to which, Prophet Muhammadﷺ said: "In later (generations) of my ummah, there will be women who will be dressed but naked. On top of their heads like camels humps. Curse them for they're truly cursed." 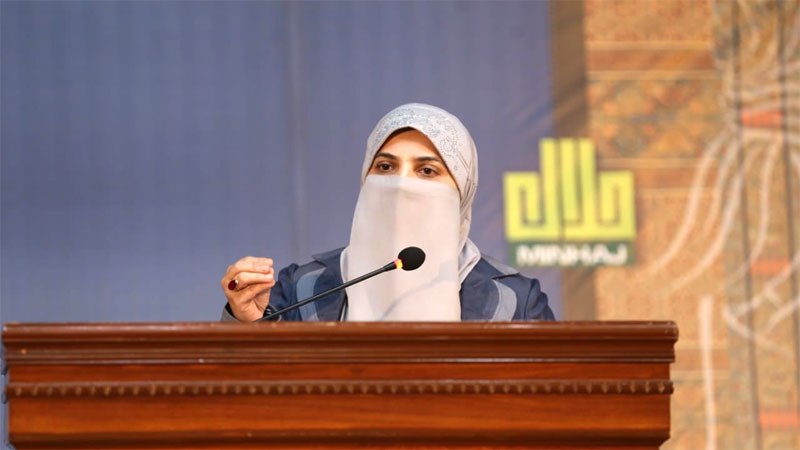