If Dr Tahirul Qadri is controversial for his loyalty as a dual national, then Mansoor Ijaz as a US citizen must not be given a high place in the ‘Memo case’

Dr Tahirul Qadri, who has kept Pakistani pundits busy for the past three months, faced a major blow when a three-member SC bench dismissed his petition (which stated that the Chief Election Commissioner and four members of the ECP were not appointed in accordance with the Articles 213, 218of the Pakistani Constitution).

The court decreed that it failed to point out any violations of fundamental rights in either the petition itself, or the arguments by the petitioner. Therefore, as per 184 (3) of the Constitution, none of Qadri’s fundamental rights were infringed upon. Throughout the hearing of this case certain faultlines were traversed by both the parties. The court reminded Qadri that he was a dual national and his loyalties were split. Qadri in his retort reminded the Chief Justice of his past allegiance to Gen Musharraf during the days before March 2007 when Musharraf was resisted by the judges.

The Supreme Court observed that dual nationals were allowed to vote in Pakistani elections. But the court added that because of his dual nationality, Dr Qadri could not contest elections under Article 63(1) of the Constitution. Qadri’s dual nationality was, however, constantly brought under question during the proceedings. 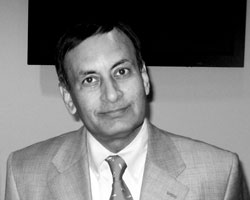 In another case which made headlines during 2011 and 2012, the court gave extraordinary attention to US citizen Mansoor Ijaz’s testimony and also entertained a petition filed by a Canadian citizen on the alleged violation of Pakistan’s national security by the civilian government through it Ambassador to the United States, Husain Haqqani.

A commission was formed to investigate the charges in the so-called memogate. The findings of the Memo Commission sadly relied mostly on the testimony of Mansoor Ijaz, who was exempted from appearing personally and could not be considered a reliable and honest witness. The formation of a commission instead of registering a police case led to the exemption of Mansoor Ijaz’s presence before the court. It should be noted that the judicial commission allowed Mansoor Ijaz’s testimony to be delivered via video conferencing, but denied Haqqani the same facility.

Recently, the Court has asked Haqqani to appear before the bench. The earlier findings of the commission and the irresponsible opinion generation in the media have already portrayed Haqqani as a ‘traitor’ in many minds. Sadly, in Pakistan there is little or no check against libel and anyone can be declared as an infidel or a traitor.

After Taseer’s fate, who was also termed a blasphemer by irresponsible sections of media, why would Haqqani feel secure in returning to Pakistan. In his recent letter, he has questioned whether any of the myriad threats made against him have been investigated? He claims even the US authorities have had to investigate some of the threats. For good reasons, Haqqani has also mentioned that that the security arrangements for political leaders such as Bashir Bilour, Taseer and Shahbaz Bhatti were most inadequate even though they were in positions of authority. The writ of Pakistani state is weak and everyone knows that.

Pakistan is a polity where private militias have become stronger than the state apparatus. Jihadists, hyper-nationalists or indoctrinated personnel find it easy to kill whom they think violates any religious or patriotic ‘norm’ especially when media trials and verdicts have all declared Haqqani to be complicit in the alleged memo against the ‘national interest’ i.e. an alleged coup attempt imagined by the memo writer. 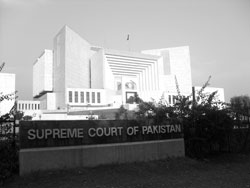 How can we forget that political leaders such as Imran Khan and Sheikh Rasheed have already stated on live television that Haqqani is a traitor. Often the TV anchors have not challenged these narratives and instead let the hype continue for higher ratings. In fact, media persons need to realise how their reporting or presentation of events can incite violence. Haqqani has also pointed out that his observations on the findings of the commission remain unaddressed and perhaps the judicial commission or the court itself should take them up.

Given that Haqqani’s security concerns have merit in them, it would be wise to allow him to appear via video link given the advances of the technology. More importantly, what is left in the case. Haqqani is no longer the ambassador. The PPP government has almost completed its tenure and the people are going to vote a new government. Above all, the example of Swiss case is clear to all and sundry.

A long, drawn out proceeding by the Pakistani state — prosecutors, judges and the media — did not lead to any relevant or conclusive decision. The Swiss authorities have reiterated what so many of us were saying from the very start. The President of Pakistan under the Constitution enjoys immunity against criminal proceedings. Respecting the international conventions in this regard, the Swiss authorities have only restated the obvious.

The question is why the writing of the letter to the Swiss authorities became such a huge legal issue. In fact, it remained a source of political instability, did not allow the elected government to focus on policymaking and governance and even gobbled up a prime minister.

Haqqani’s case whether we like it has huge political overtones. The Opposition leader was the petitioner, the military establishment and former ISI chief were parties and at the end of the day the memo was unsigned and ‘filed’ by Gen Mullen. Something that may be considered by the honourable Supreme Court as well.

Sections of media who are baying for the blood of Haqqani might rethink their focus as well. He is of little significance to the current Pakistani political landscape. Neither can Haqqani be used as a political lever against the PPP government nor is he a threat to media or judiciary. Perhaps Mr Haqqani’s estranged friends in Islamabad and Rawalpindi are way too annoyed. Who knows? 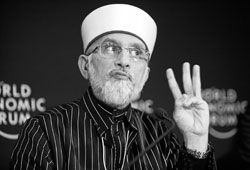 But given the challenges that Pakistani state and society face, this issue should not even appear on the priority list. Charging Haqqani with contempt of court and/or treason will be counterproductive as well. What will be achieved through an extradition? The country has learnt its bitter lessons.

If Dr Qadri, a major religious scholar and the face of Pakistan’s moderate Islam, is controversial for his loyalty as a dual national then Mansoor Ijaz as a US citizen or the Canadian gentlemen concerned about Pakistan’s national security must not be given a high place on the nationalistic pedestals. It is time for ‘complete justice’ as the Constitution promises to the citizens of Pakistan.

The writer is Director at Jinnah Institute, Islamabad. The views expressed are his own. His writings are archived at www.razarumi.com