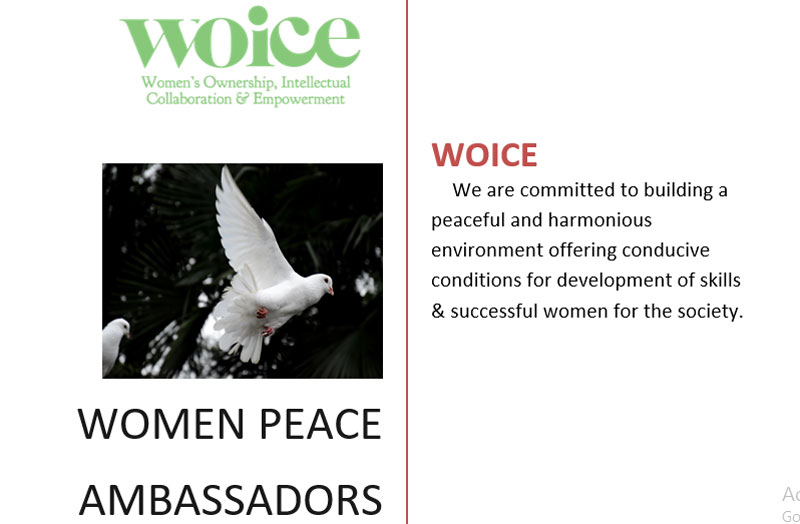 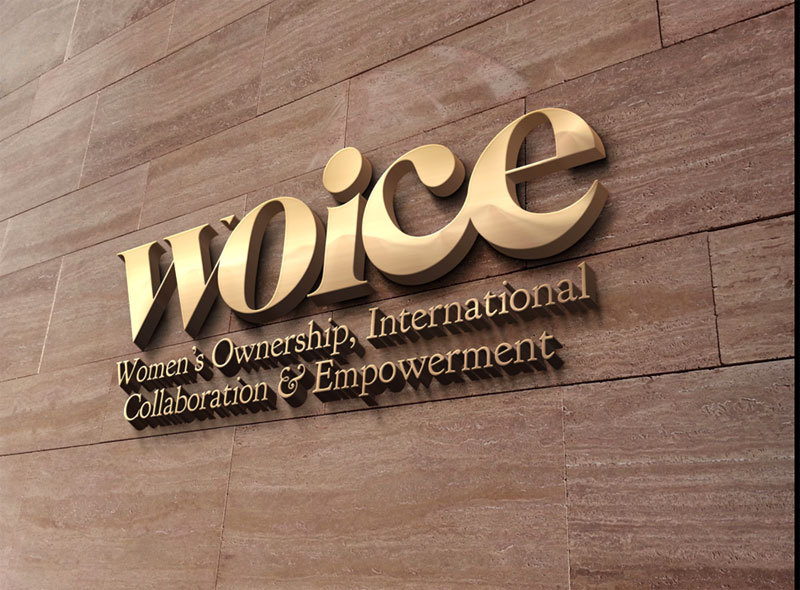 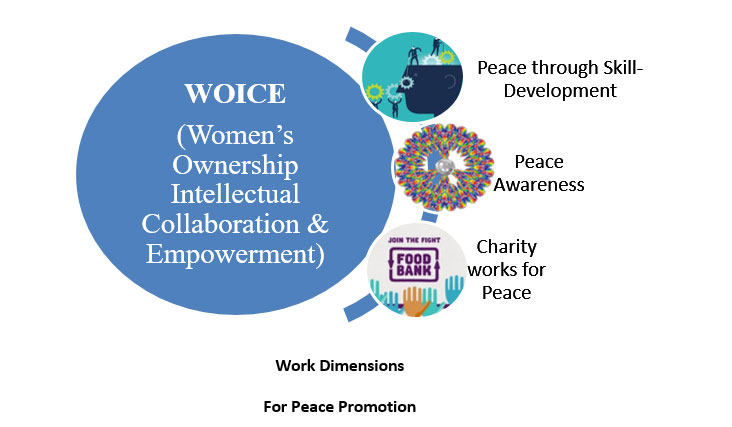 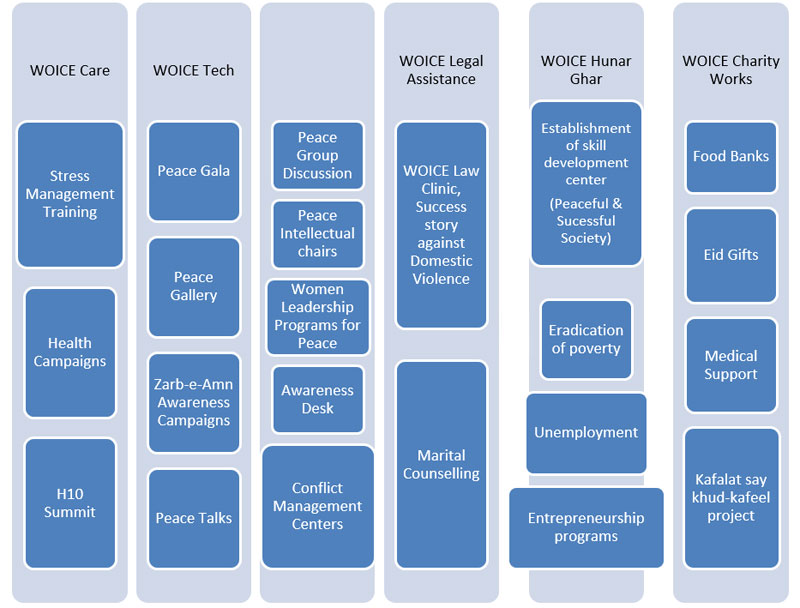 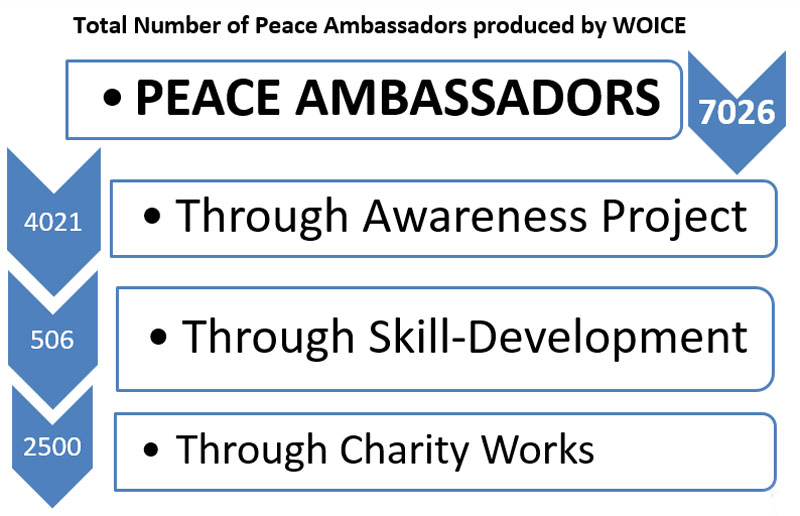 Peace Gala an event based on collective efforts of peace contributed by different Socialites of society is organized by WOICE on 2nd January 2016. Inspiring Women from civil society, Media, Universities and political parties has participated effectively. Shaykh-ul-Islam Prof. Dr. M. Tahir-ul-Qadri categorically expressed his views about consolidate efforts of Male and female to build a prosperous & Law abiding society. 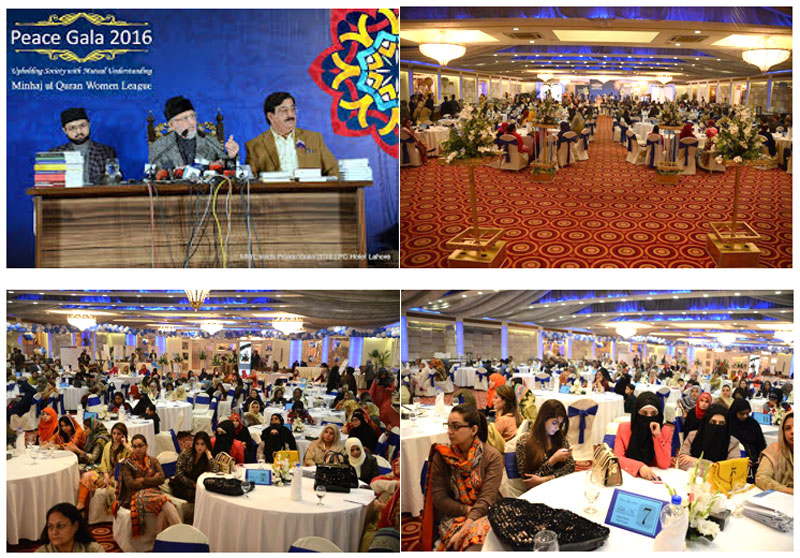 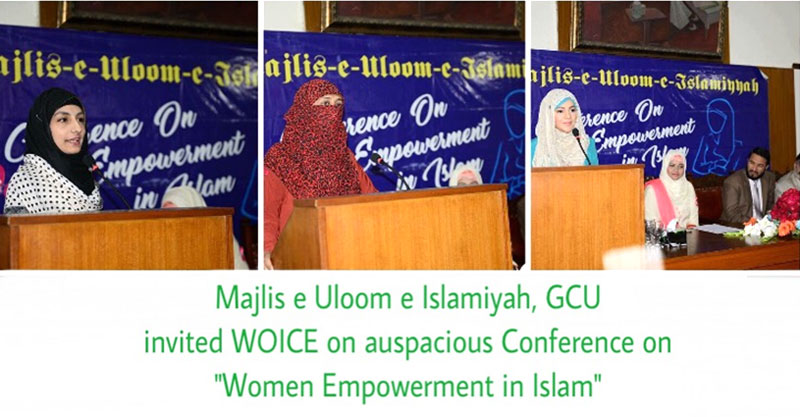 In collaboration with Majlis-e-Uloom-e-Islamiyah, GCU Invited WOICE arranged an auspicious conference entitled as "Women Empowerment in Islam". President WOICE Dr. Shahida Noumani and Sec. Gen WOICE Miss Sana Waheed were among the Speakers. Along with ample thanks, Team WOICE extends its abundant appreciation to Majlis e Uloom e Islamiyah, GCU for the amazing and substantially significant conference at the Campus.

Theme: A Culture of Peace and Leadership Education

For the development of a peaceful society WOICE hosted a program where you will get to meet and learn from many well-known faces of the corporate world, famous celebrities and an array of successful business and professional men and women. 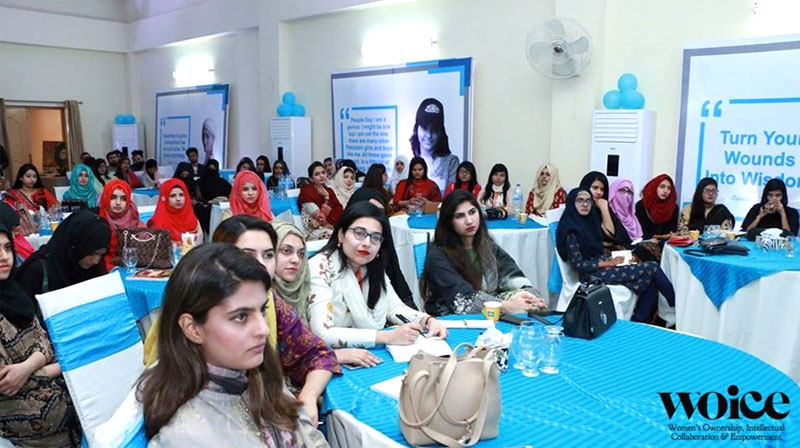 With full zeal WOICE Hosted Women Leadership Program 2017. Our team collaborated with different women forums there and shared mutual interests and objectives with the view of Real Women Empowerment and peace promotion. 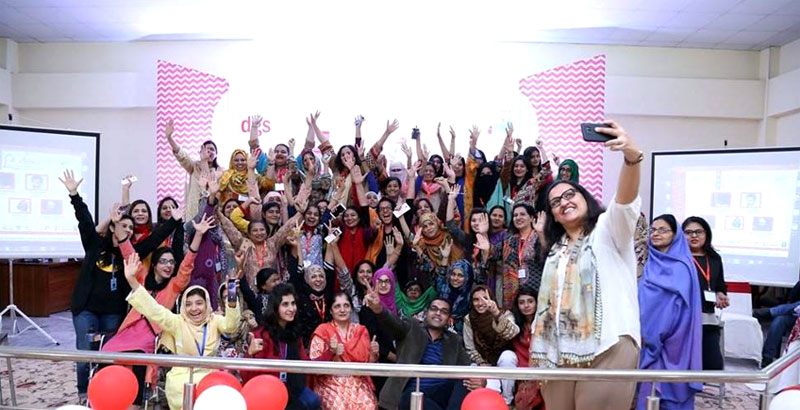 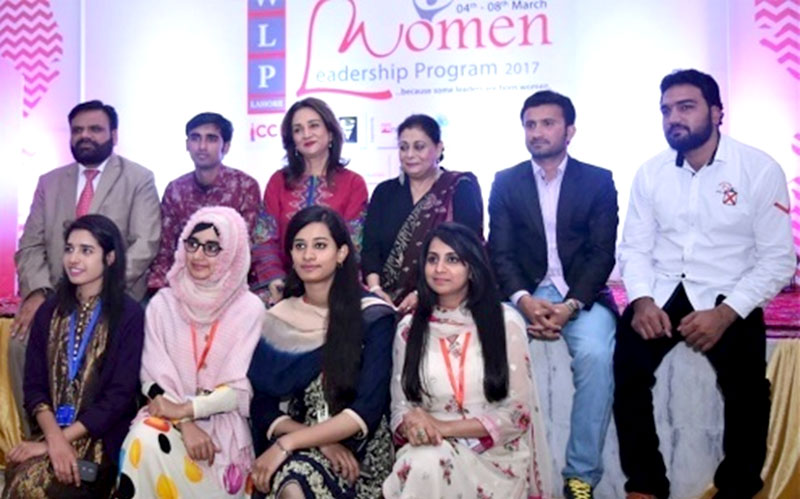 WOICE Against Child Abuse and Injustice 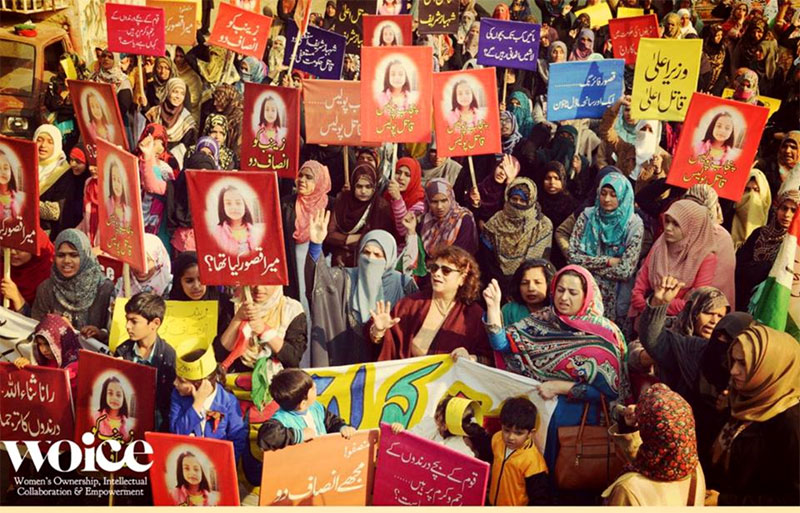 As WOICE is Empowering Women through the power of Knowledge, an incredible meeting was conducted by Team WOICE with the adoring mothers of the students of “Peace English Science School”.

Theme: Preservation of Peace as a target of mental health promotion 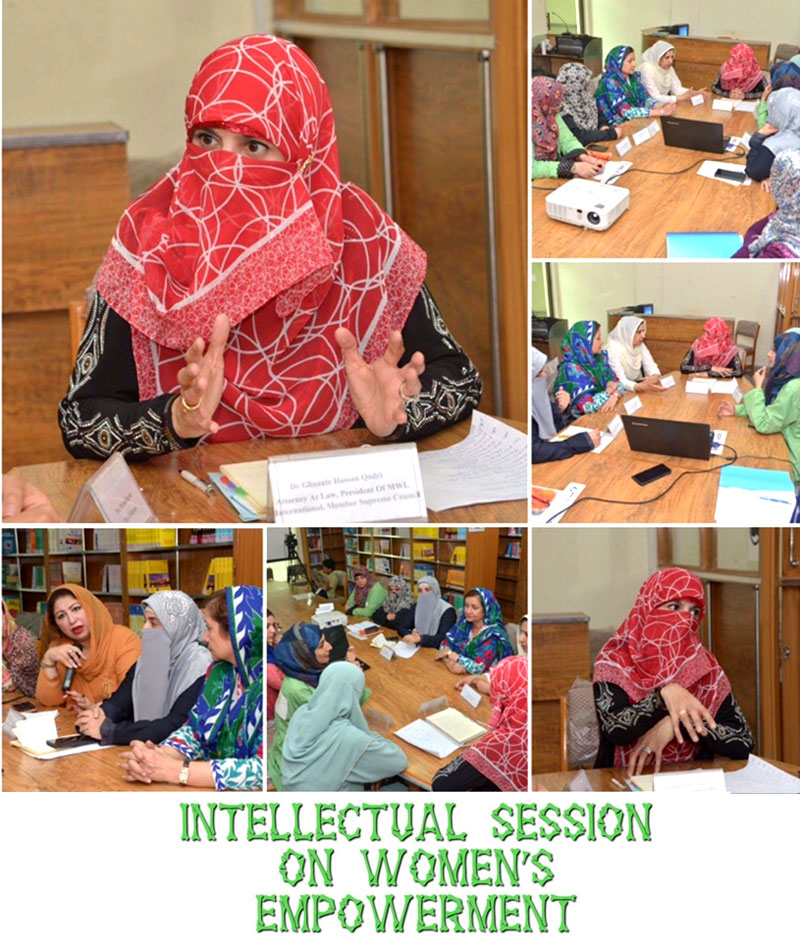 To spread awareness among women regarding their role in the society towards peace building, A session “Women & Social Fabric” was conducted by the team of WOICE with a group of women from underprivileged area of Lahore. 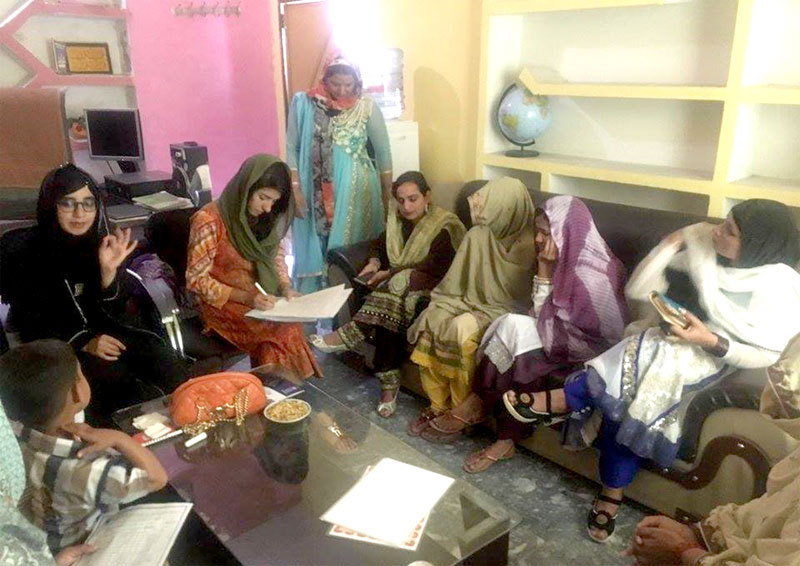 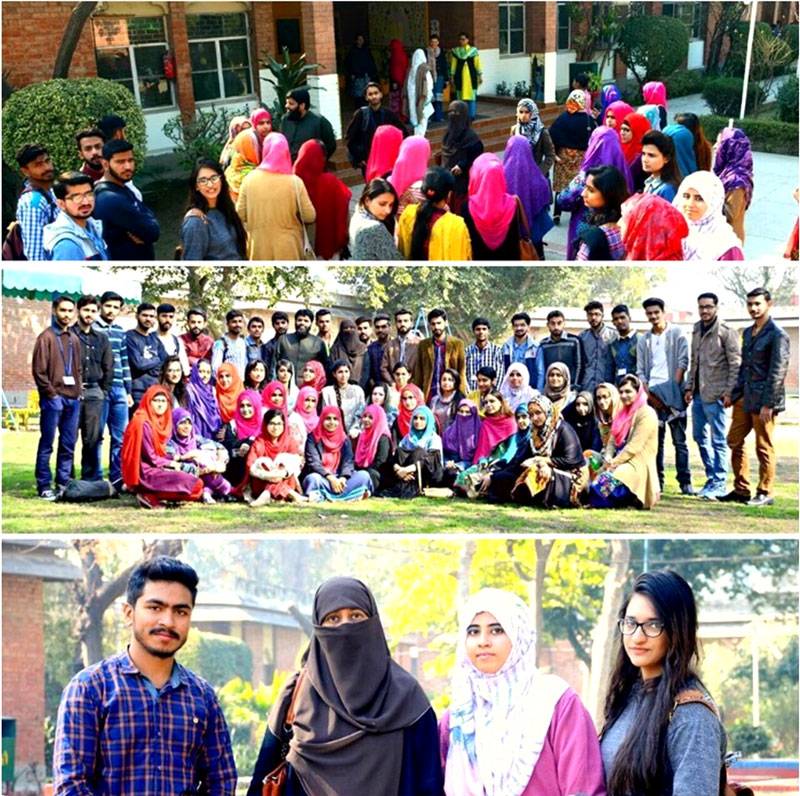 Theme: Poor economic conditions are one of the main causes of aggression. Poverty and poor economic conditions have been ranked as the most important and among the root causes of Terrorism in Pakistan. Poverty is the cause of terrorism because around 60% of the population lives below the poverty line many poor parents are unable to feed and provide basic education to their children, therefore living them vulnerable to negative influences and thoughts. Short list of WOICE Charity works are given below

Theme: Fight Against poverty which is root cause of Terrorism

Food bank for 200 families in Islamabad 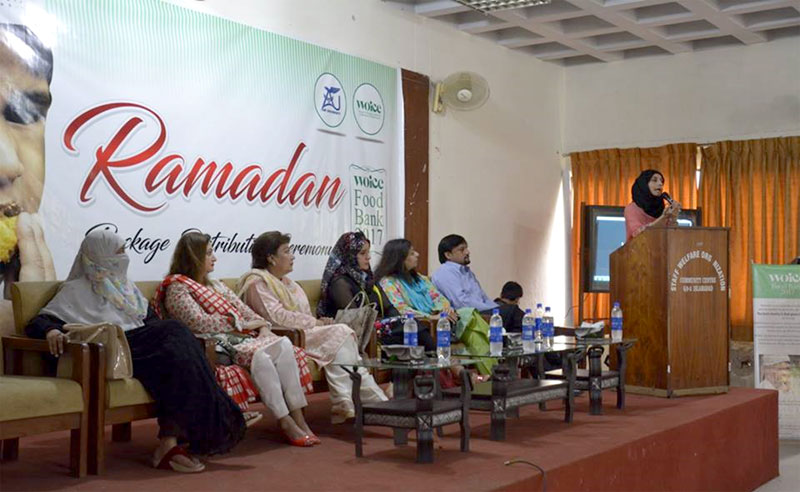 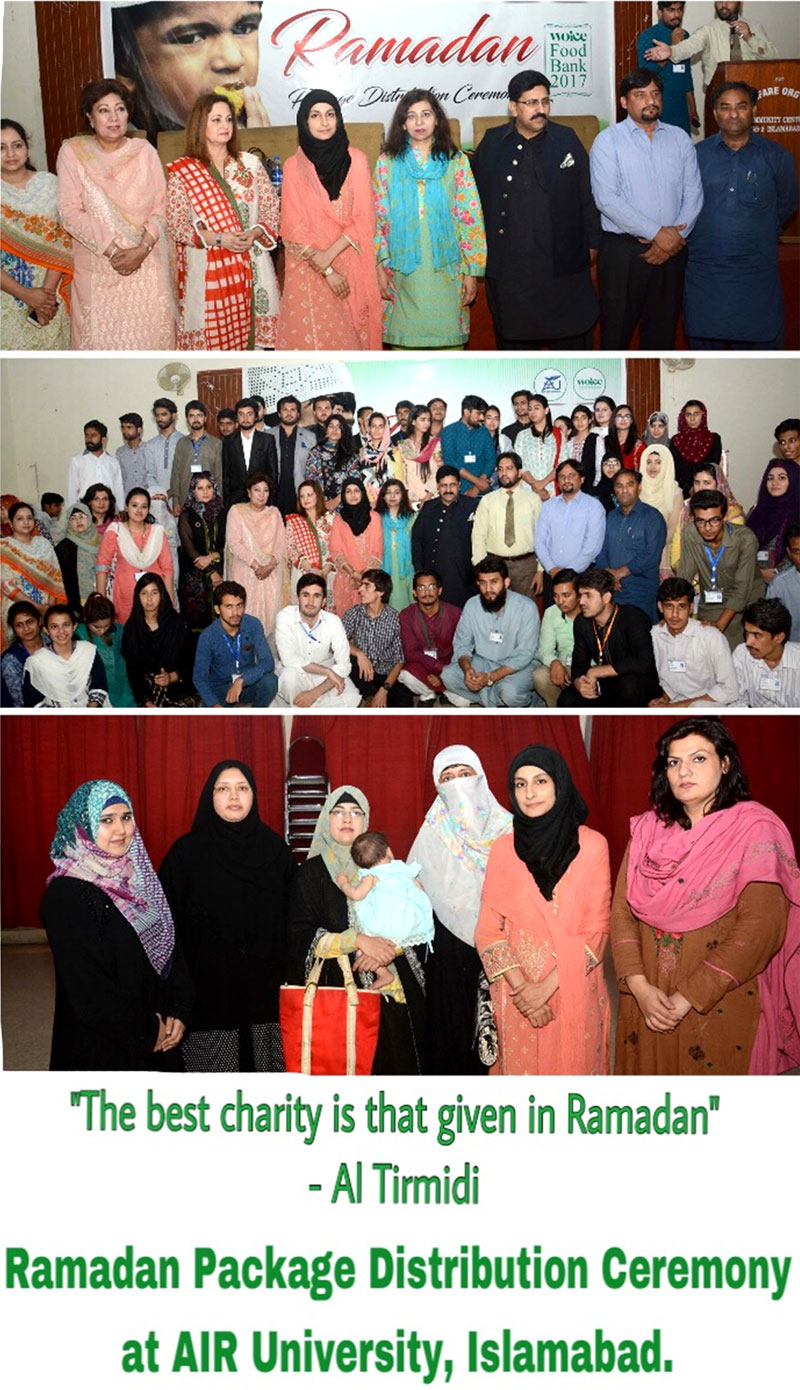 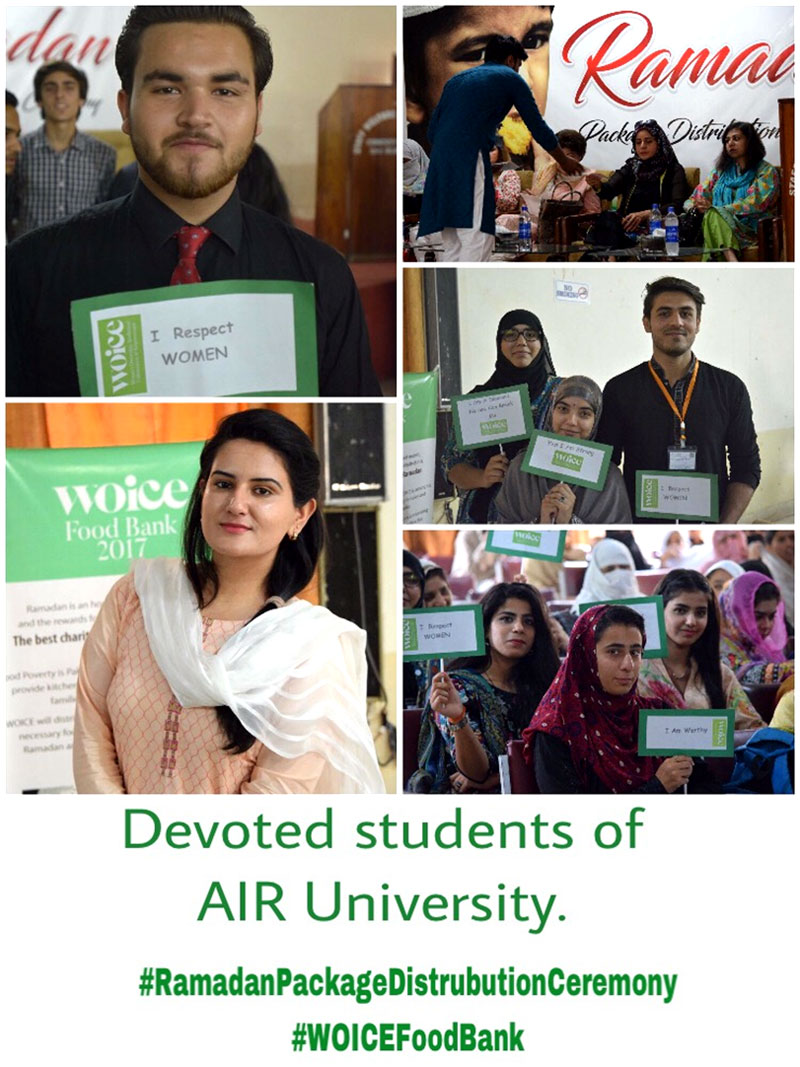 Food Bank for 300 Families in Lahore 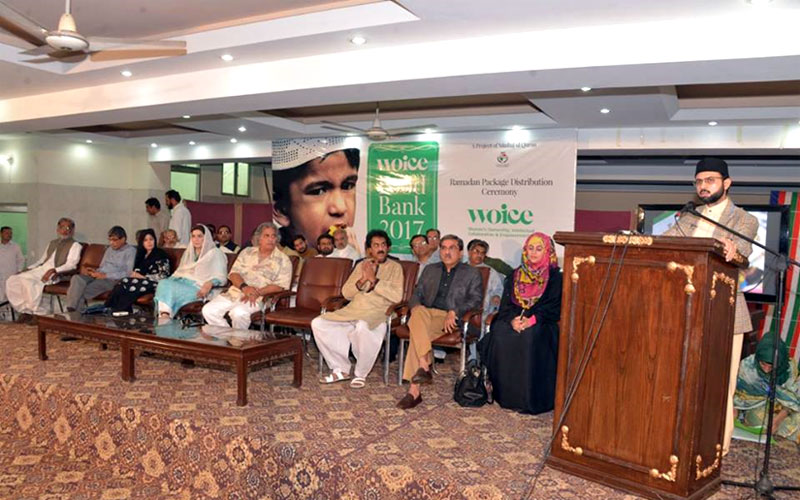 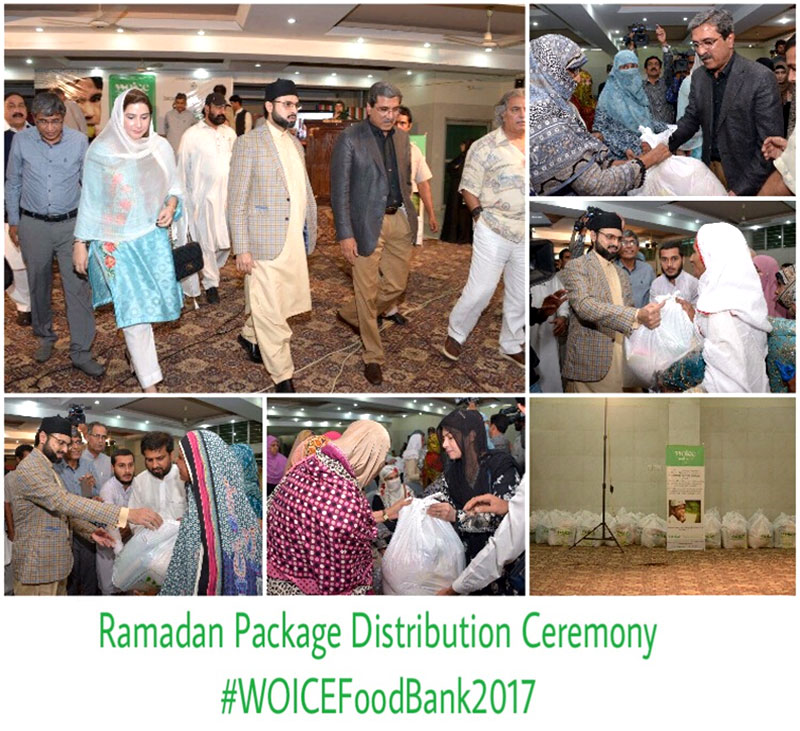 WOICE team dedicated extra care about the composition of food packages items by visiting various utility stores inspecting and ensuring the quality of food for the packages. 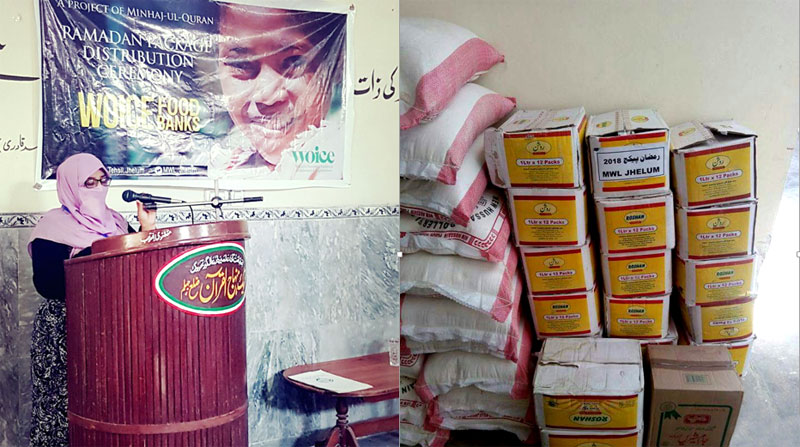 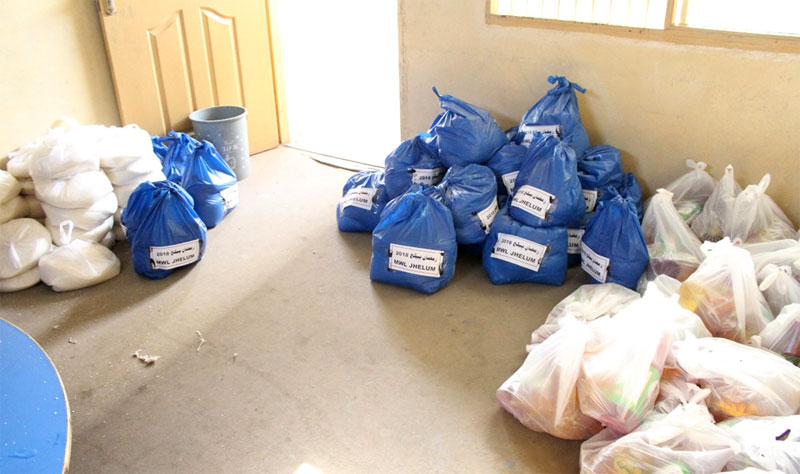 These little acts are Seeds of Peace 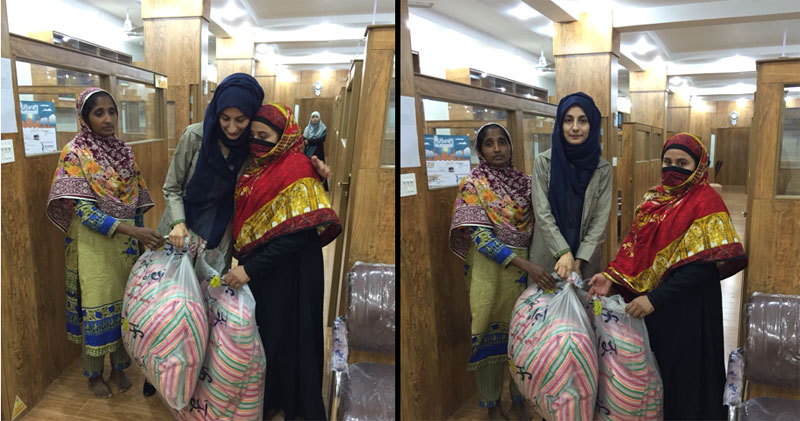 Seeds of Peace and Love 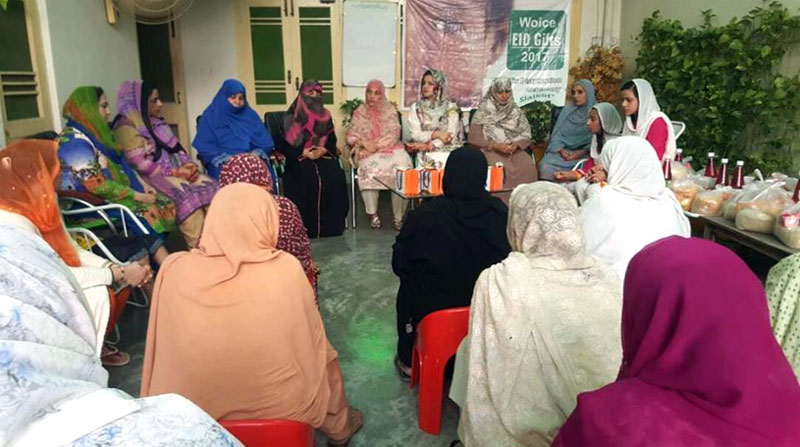 WOICE team under the supervision of Dr. Ghazala Hassan Qadri, the leader of WOICE, arranged an Iftar party with the honorable women from the upper and lower strata of society. The event was arranged to provide an atmosphere of love, Peace, respect and sharing between different segments of the society.

Such a culture can eradicate the wide fault lines between different strata of our society.

What does love and peace look like? It has the hands to help others. It has the feet to hasten to the poor and needy. It has eyes to see misery and want. It has the ears to hear the sighs and sorrows of men. That is what love looks like. WOICE is in Love with the man kind. 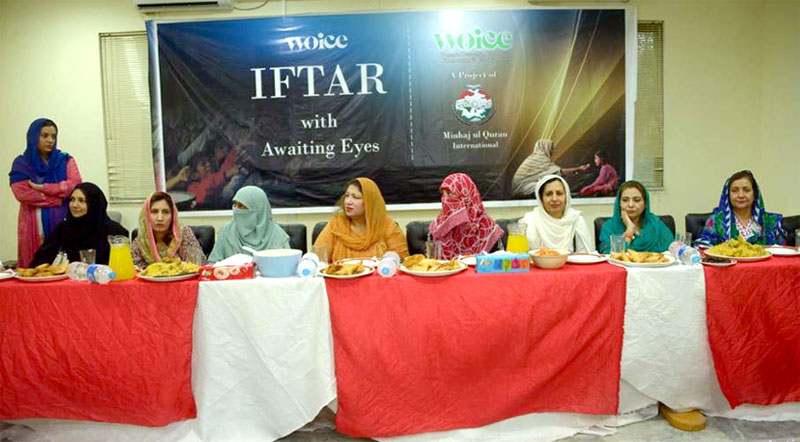 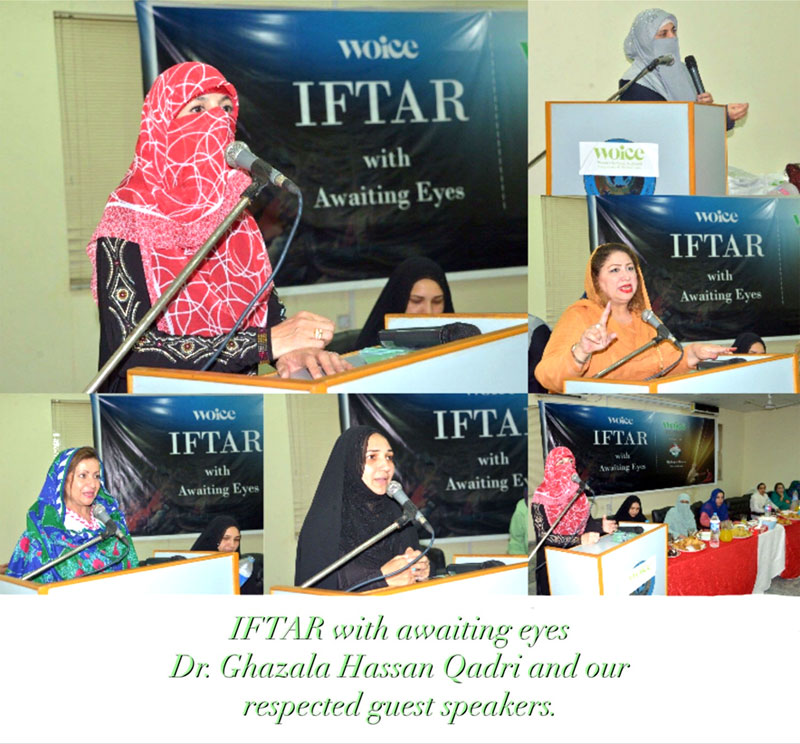 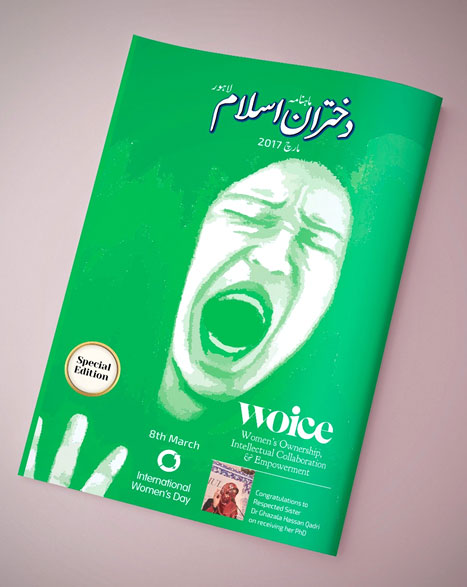 Theme: To counter Antisocial Behaviors and denounce violence and promote tolerance according to the constitution of Islamic Republic of Pakistan 1973 WOICE is playing vital role on social media sites. 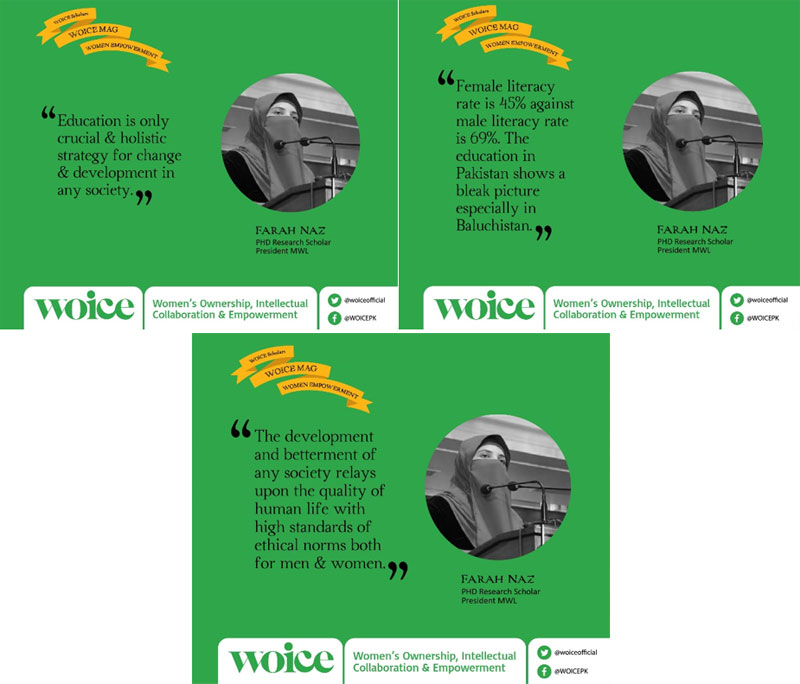 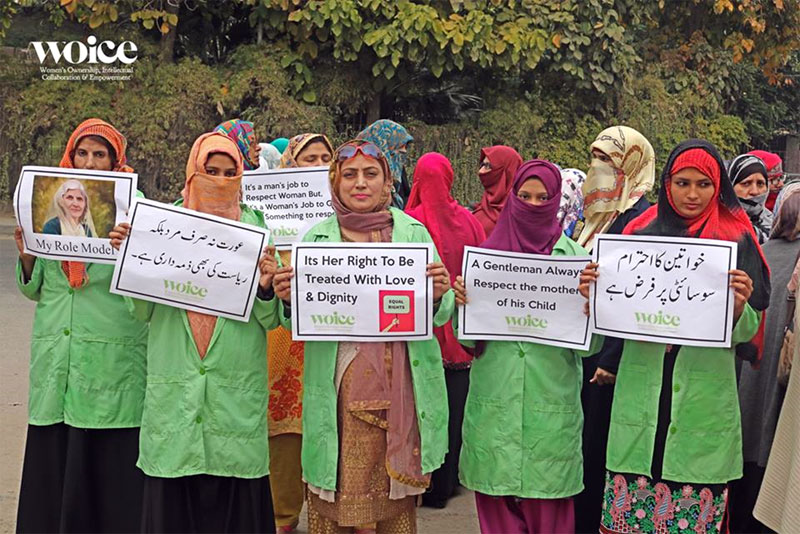 Theme: Fight for Employment leads to peaceful society- Around 56% of Pakistan’s Population comprises of young people and providing jobs for them seems extremely difficult in order to solve the problem and to eradication poverty and unemployment WOICE has introduced “Women Skill Development Project” which is providing business opportunities and entrepreneurship programs.

Slogan: My Skill, My Success 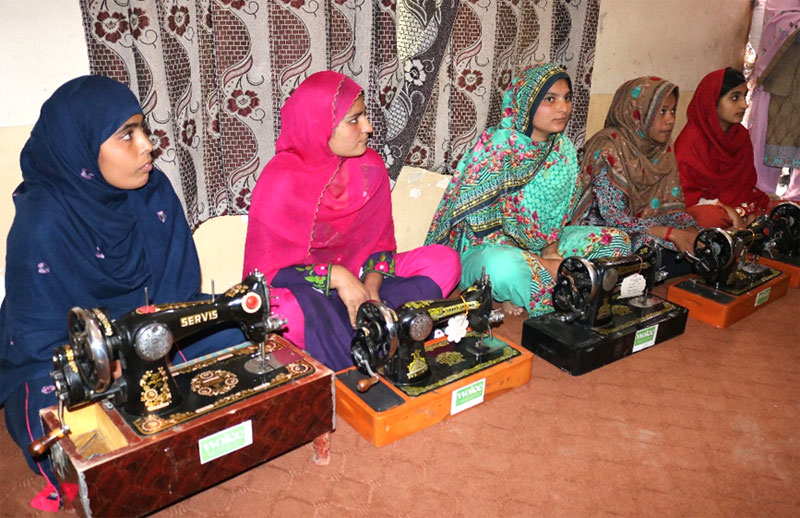 Back to main page