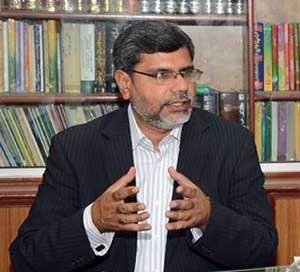 Expressing their deep concern on extravagant expenditure on luxurious foreign tours of the Prime Minister of Pakistan, PAT leaders, Bashrat Aziz Jaspal, Fayyaz Warriach and Aamir Farid Koreja, have said that the half of Pakistan’s population is poor and 80% of people do not have access to clean drinking water, whereas the Prime Minister has the gall to spend a hefty sum of Rs. 300 million on his foreign tours in one year. They asked the government to explain what benefit did these visits entail for the country and its poverty-stricken people?

In a joint statement, the PAT leaders said that the Prime Minister’s ‘celebrated’ hand-shake with his Indian counterpart Modi cost Rs. 20 million to the nation. They reminded the Premier and the ministers who were part of his entourage that the money they lived on during their foreign junkets was collected from the masses in the form of taxes. They said that revolution of Dr Tahir-ul-Qadri will dismantle VIP culture in the country, adding that every penny of national kitty will be accounted for and judiciously spent after revolution.

The PAT leaders said that if the rulers and bureaucracy adopt austerity, Pakistan will not need to beg for foreign loans. They asked the Parliament to hold the Prime Minister answerable for expenditure of Rs. 300 million on his foreign tours.