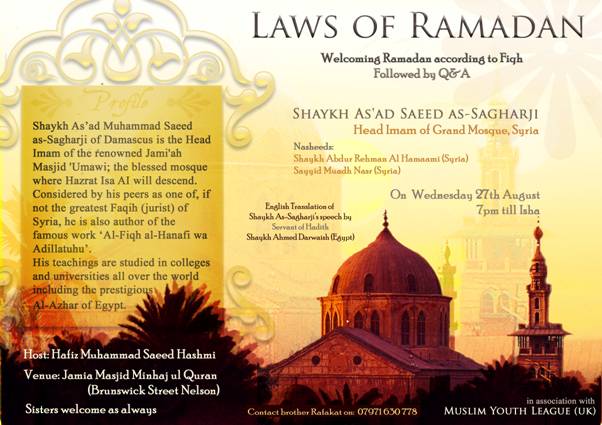 Brothers and sisters from the entire region of Pendle, Burnley, Colne and Nelson attended the programme with some guests from Oldham and Manchester. In addition, the programme was broadcast live on Pendle Community Radio – AWAZ 103.1FM (run by Minhaj Welfare Foundation UK), and broadcast globally over the internet.

Amongst these artists a young brother from Oldham recited an Arabic nasheed, which As-Shaykh Muhammad Saeed As-Sagharji was very impressed with.

The entire audience thoroughly enjoyed the nasheed, especially since As-Shaykh Muhammad Saeed As-Sagharji was reminiscing the experience of having heard the nasheed first during Al-Hidayah 2007 in the company of Huzoor Sayyedi Shaykh-ul-Islam Dr Muhammad Tahir-ul-Qadri.

Followed by an eloquent introduction in English and Arabic by the stage secretary Hafiz Qari Muhammad Saeed Hashmi, As-Shaykh Abdur Rahman al-Hamaami and Sayyid Muadh An-Nass then took the stage to enchant the audience by performing a medley of Nasheeds in Arabic. The audience joined in joyfully as they had heard some of the nasheeds previously, but for the first time in truly Arabic dialect and with the use of the ‘Duff’ that which  Sayyid Muadh An-Nass was playing.

The main event of the programme then took place with Fazeelat As-Shaykh Muhammad Saeed As-Sagharji speaking to the audience on the Laws of Ramadan and the objectives of Muslims to reap the rewards of the blessed month.

Shaykh Muhammad Saeed As-Sagharji spoke particularly on the aspect of cleansing and purifying the heart. Eradicating bad intentions, thoughts and deeds from the heart, and filling it with Noor, through good deeds and Zikr of Allah Subhana’Wata’ala.

In doing this the negative thoughts would not enter the heart and so bad deeds would not materialise. It would also mean that space in the heart would grow for noor to spread and emanate positive actions and deeds. This would benefit the individual, and the community around him.

Shaykh Muhammad Ramzan Qadri (Principal of Al-Farghana Institute, Manchester) translated the talk in English for the youth at intervals that  Shaykh Muhammad Saeed As-Sagharji had given throughout the talk.

The talk was followed by a Questions & Answers session, which proved to be very useful as the majority of questions were related to fasting during the month of Ramadan. It also proved to be very light hearted, as  Shaykh Muhammad Saeed As-Sagharji gave the audience an insight into his vibrant character through some humour and jokes..

After the talk the Shayoukh met the Sisters briefly to make Dua. Thereafter they had a tour of Jamia Masjid Minhaj-ul-Quran Nelson and a meal and informal session with the Muslim Youth League brothers from Nelson. 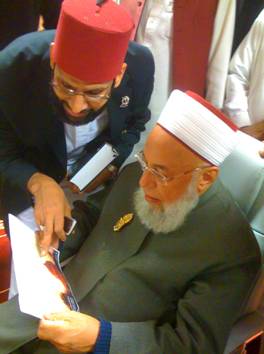 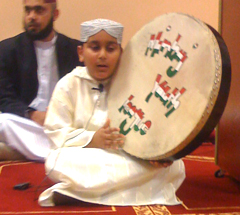 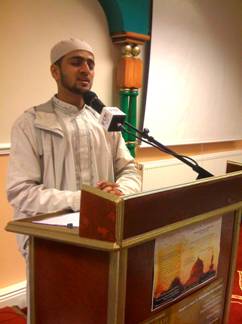 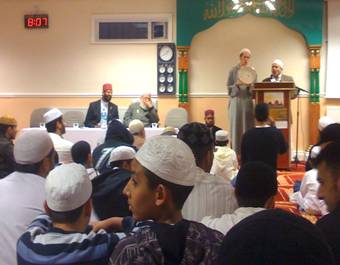 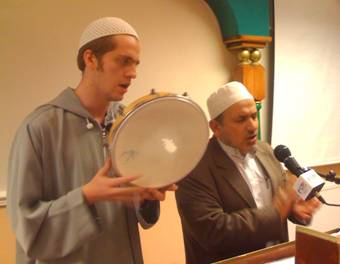 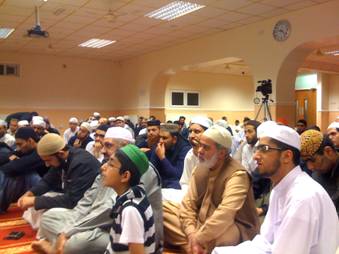 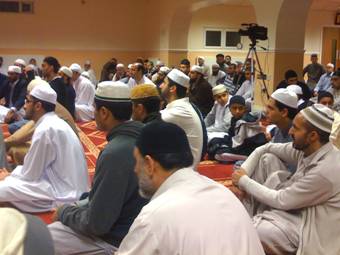