PAT Chairman Dr Muhammad Tahir-ul-Qadri participated in the Kids Milad Festival held at the Children Complex Lahore under the banner of Minhaj Women League. He inspected the stalls and interacted with the people there. Fiza Hussain Qadri, Farah Naz, Ayesha Mubashar, Afnan Baber, Aimen Yousaf, Zainab Arshad, and other women accompanied Dr Qadri during the visit.

Addressing the Kids’ festival, Dr Tahir-ul-Qadri said that the need of organizing healthy, constructive, reformative and recreational activities could not be greater than it is today. He said that MQI founded women chapter of the organization 35 years ago for women empowerment. He said that it is message of Islam that for a nation to achieve economic progress, the role of women side by side with men is of utmost importance.

Dr Qadri said that the training of a child starts from the lap of his/her mother. He said that the attitude of the parents, their moral and educational standing has a deep imprint on the well-being and personality of the children. He said that it is for this reason that it is said that the mother is the first learning institution for the kids. He said that they first learn from their parents and then society. He said that if we want to develop a positive and peaceful society, we need to produce good mothers. He congratulated MWL on holding the Kids Festival in an excellent manner.

Stalls for the women and children were set up in line with their interests. The children of Aagosh gave special performances on the occasion. Minhaj Education Society put up food court. Attractive models of ancient Islamic buildings were also placed in the festival which attracted the interest of the viewers. A pictorial exhibition was also arranged on the occasion. 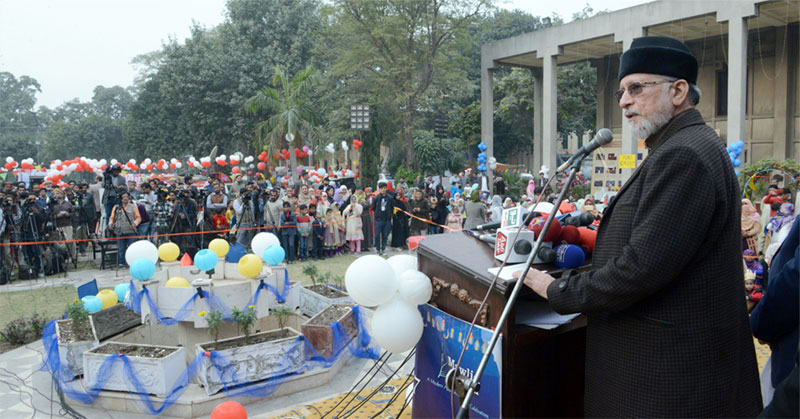