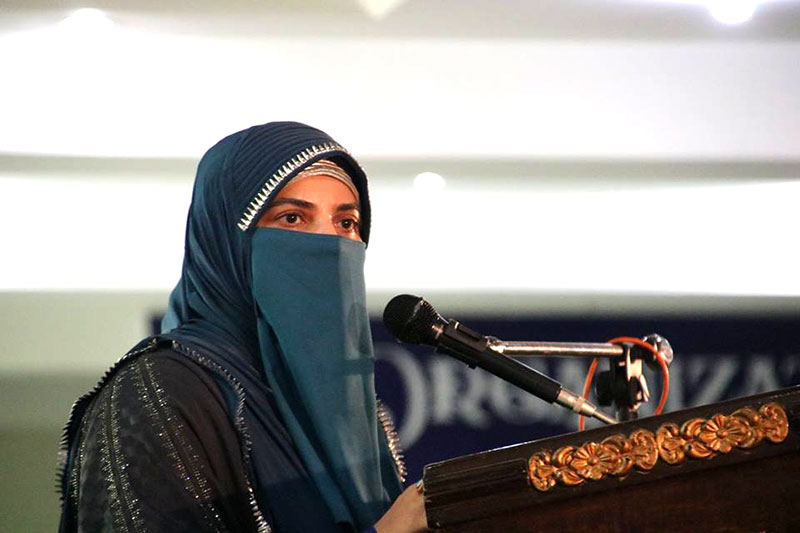 Mrs. Farah Naz, president of the MWL, has said that making Senator Krishna Kumari as symbolic Chairman Senate to conduct the business of the institution for a day to mark the International Women’s Day is a welcome move, showing respect and prestige for the women. She said that choosing a Senator who belongs to a minority community is even a worthier step. She congratulated the Chairman Senate and all members on this gesture.

Mrs. Farah Naz said that this single step has enhanced the global image of Pakistan being a democratic country that values democratic, social, political, and religious values. She said that Pakistan gives due importance to its minority communities, stating that it is a matter of immense satisfaction that due care is taken in protecting their rights. She recalled that it was only recently that a provincial minister was shown the door due to his anti-Hindu statement.

MWL President said that the order to protect the rights of the minorities has come from the teachings of the Holy Prophet (SAW). She further said that Benazir Bhutto was a leader of international stature and her political and democratic struggle is a glorious chapter in the political history of Pakistan. She said that Shaheed BB is a pride for the women of Pakistan.