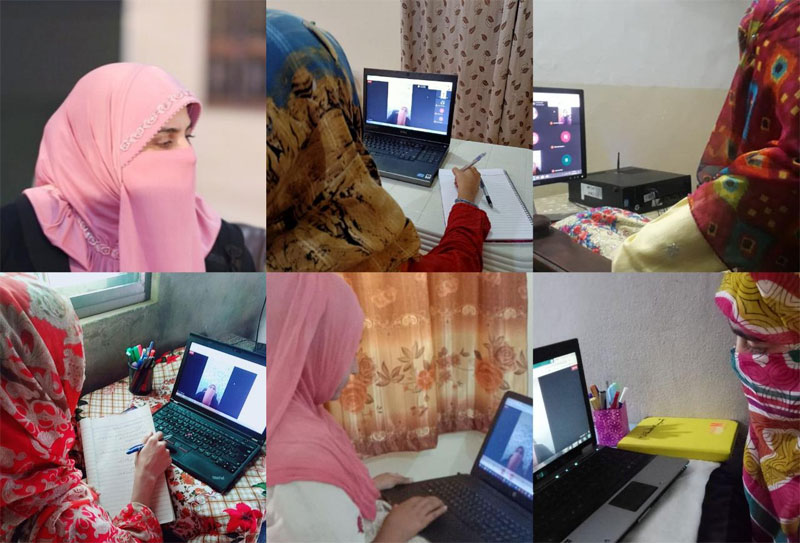 The social media department of Minhaj-ul-Quran Women League (Pakistan) held a 3-week long training workshop for its social media team. The workshop comprised of bi-weekly sessions in which the participants were given training on the basic use of social media platforms. President MWL Pakistan Mrs. Farah Naz addressed the closing session held on Wednesday.

In the first week, the use of social media as a tool of Dawah was highlighted through the first session. The second session of this week was on the basics of smart use of Twitter. Ms. Hajra Javaid gave brief training on this important subject. This session was followed by a week-long interactive pattern of training with the participants through WhatsApp and the learned concepts and profiling of members were highlighted throughout the week.

The second-week activities included sessions on Facebook by Ms. Unzilla Malik and on reporting techniques by Ms. Jaweria Waheed. The session on Facebook covered tools of working on Facebook and its promotional tools. She emphasized on profiling elements of social media activists and gave an introduction to 'Minhaj Cyber Activists' and central 'Social Media Working Council'.

In the third week, Ms. Tehreem Riffat delivered sessions on the smart use of WhatsApp and the ways WhatsApp working can be handled smartly. The last session of the third week was delivered by Mrs. Naheeda Rajpoot and she talked about 'Social Media Ethics' in detail. She outlined the do's and don'ts of social media working.

In the closing session today, President MWL Pakistan Mrs. Farah Naz spoke about the importance and limitations of social media. She said that social media is the quickest and most effective medium of Dawah in the present times so there is a heavy responsibility that lies on the shoulders of social media activists. Social media is a shop for good and bad, so one must carefully pick the side and become a contributor to spread truth and good values.

She appreciated the working of social media teams and said that this cyber team works relentlessly to promote the message of MQI and extended best wishes to all the volunteers.