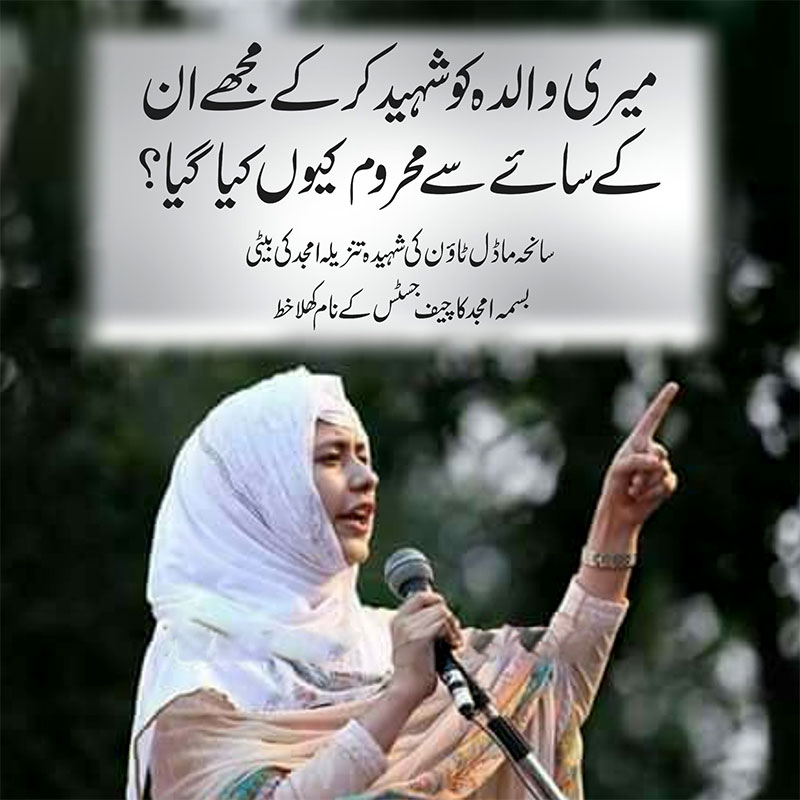 In an open letter addressed to Chief Justice of Pakistan, Bisma Amjad, daughter of Shaheed Tanzila Amjad, has said that former Chief Justice Saqib Nisar put his hand on her head with affection and asked her to fulfill the dream of her Shaheed mother while leaving the matter of justice in Model Town case to the judiciary. She said that she became hopeful about the dream of her education with this assurance. She said that since then she has been focused on education exclusively, adding that she was a student of 9th grade on June 17, 2014 but now she has done her graduation. She said that despite the passage of eight years, the dream of justice has not been realized. 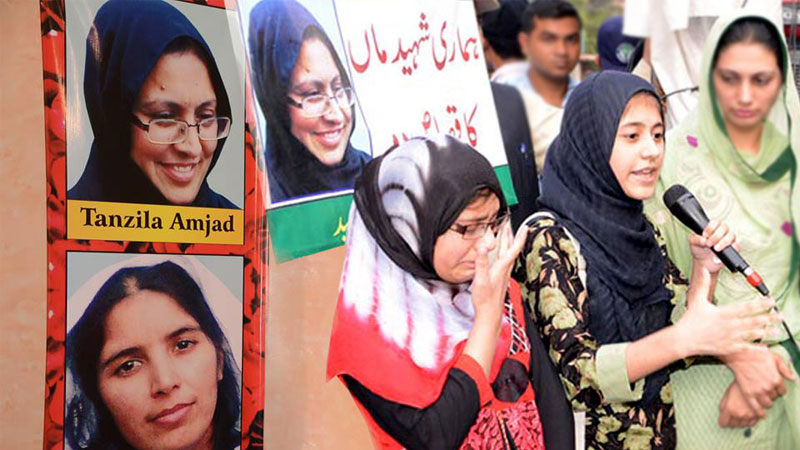