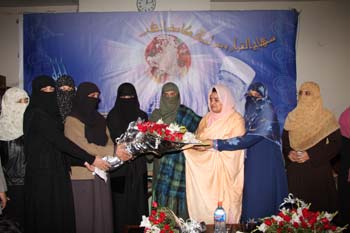 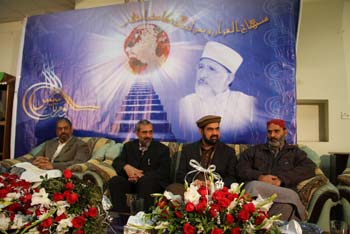 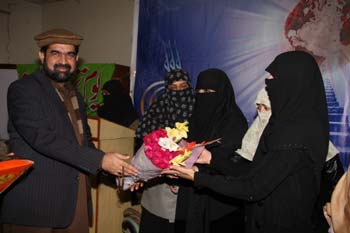 The program started at 11a.m. with the recitation of the Holy Quran by Sister Sadaf Iqbal followed by a beautiful Naat by Sister Samina Salim. Talking at the occasion Sister Fatima Mash’hadi said that the society was faced with prospects of social and familial deterioration and the condition of woman folk was pitiable before Islam. Islam gave every right to woman. The reason of our problems lay in our alienation from the right path and teachings of the Holy Prophet (S.A.W). She said woman had a full role to play in today's world. No society can progress without the rehabilitation of women at their right place in society. This can only be possible if women start following Hazrat Zainab (R.A.) in her footprints. She said that Minhaj-ul-Quran Women League was established to make women into an ideal role as mother, daughter, wife and sister. At the occasion of 21st Foundation Day of the forum, we should resolve to work for the improvement in the lot of women 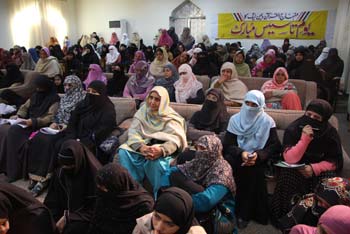 and spread awareness among them regarding their rights. Minhaj-ul-Quran Women League has embarked upon the mission of spreading this awareness through the message of Shykh-ul-Islam.

Director Women League Sumaira Rafaqat Advocate said no society can move up the ladder of progress without the participation of its women. Minhaj-ul-Qura’n Women League will step up its efforts for gathering women on a single platform for the solution of their problems. She also passed a resolution for women’s right which was approved by all the participants. Nazim-e-Ala Dr Raheeq Ahmad Abbasi, Senior Naib Nazim-e-Ala Sheikh Zahid Fayyaz & G. M. Malik Director Foreign Affairs also spoke in the program. At the end of the function, Sister Fatima Mash’hadi cut the cake to mark the 21st Foundational Day of Minhaj-ul-Quran Women League with all the sisters of Women League. The program ended on prayers. 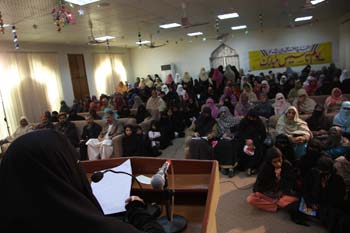 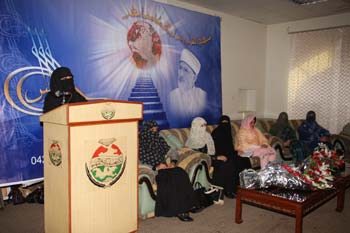 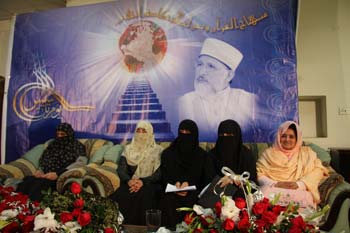 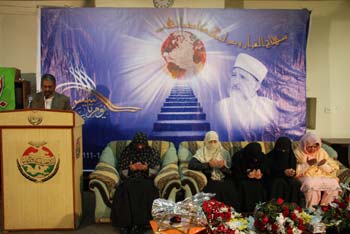