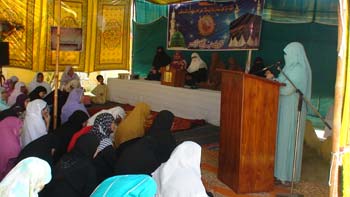 By the Grace of Allah Almighty & the blessings of His Holy Prophet Muhammad (S.A.W.) and the faiz of Shaykh-ul-Islam Prof. Tahir-ul-Qadri ,the weekly Mehfil of MWL Jhelum was held at Bagga Jhelum on Friday, 1th of May 2009. Representatives of MWL from West Colony, Bilal Town, Bagga, Raiya, Chotala, Monun, Saeela, Jada, Kala Gujaran, Janggu, Sangoi, Toor, Dhok Kanyal, attended this Mefil. About 300 women gathered to attend this Mehfil. 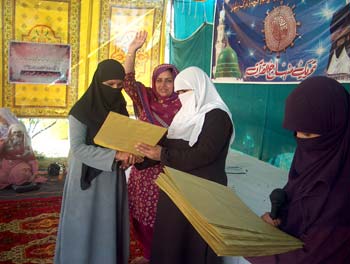 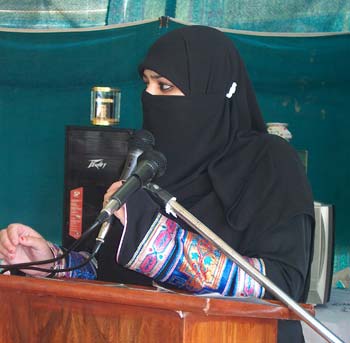 A great achievement has been made by a special boy called Bilal. Age 13 years, Bilal obtained his membership through his pocket money which he had saved to buy a BMX Cycle. However after attending these Mahafil regularly he changed his decision and got a life member ship instead. 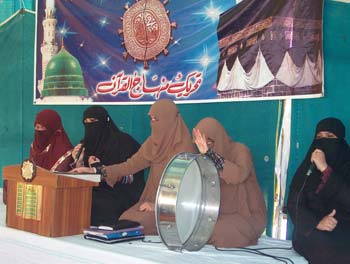 At the end Darood-o-Salam was presented by Irfan-ul-Quran Naat Council, and Syeda Shazia Mazhar (President MWL Jhelum)’s prayer which brought tears in every eye.

After this, CD’s of Shaykh ul Islam was shows on the topic of “khuste rasool aur muhabbate rasool”, Books, CDs stall and Rafaqat Center also arranged for the participant and as usually.

May Allah Almighty accept our efforts!!! 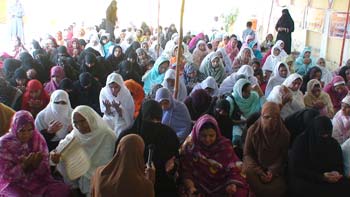 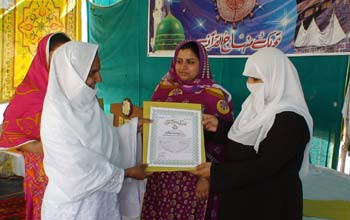 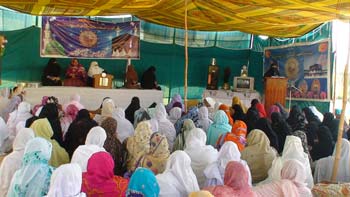