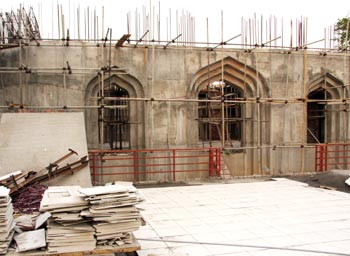 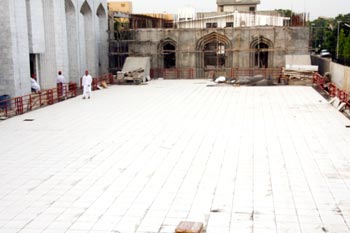 In addition to the construction of the residential block, construction work of Minara-tus-Salam also continues speedily. The wall covering the entire building from all sides was built in the last month. It should be kept in mind that 80-foot high minaret would be constructed from the ground level. Initial work has got underway on it.

The construction of hall in front of the central secretariat is also in the last phase. The work of placing tiles of while marble that started last month has been completed. Decoration of the stairs leading to the hall has also been undertaken. Sunshine-proof glasses were already installed on the ventilation points of the hall. A safety grill has also been put in place along with these glasses.

The work of building of Gosha-e-Durood is being completed under the supervision of professional engineers. People are working day in and day out for the completion of this project. Furthermore, Nazime-e-Ala Dr Raheeq Ahmad Abbasi keeps on supervising the work from time to time. 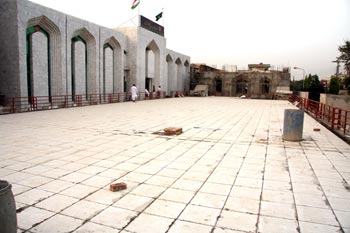 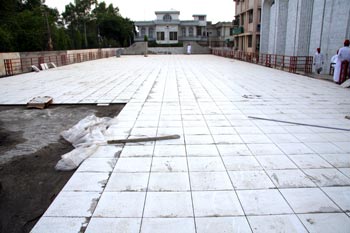 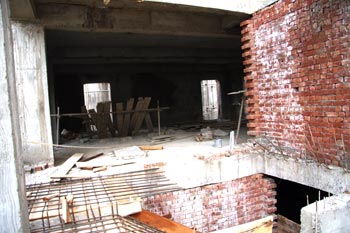 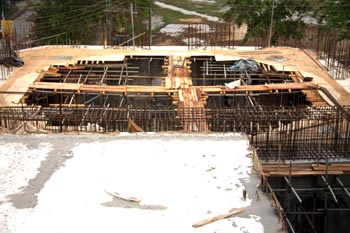