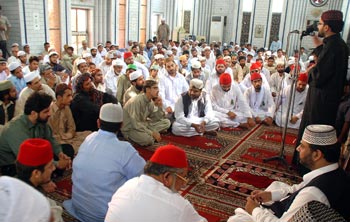 The monthly spiritual gathering of Gosha-e-Durood under Minhaj-ul-Quran International was held on September 5, 2008. This spiritual gathering for the month of September was held on Friday instead of usual Thursday due to the holy month of Ramdhan. Nazim-e-Ala MQI, Dr Raheeq Ahmad Abasi, who returned to the country only two days ago from his European visit, presided over the programme. Naib Nazim-e-Ala Sheikh Zahid Fayyaz, Al-Hajj Muhammad Saleem Sheikh, Sajid Mahmood Bhatti, Raja Zahid Mahmood, Haji Riaz Ahmad, Ahmad Nawaz Anjum and other central leaders of MQI were also present among the prominent guests.

Held in the central Mosque Minhaj-ul-Quran, the proceedings of the programme got under way after the Juma prayers with the recitation from the Holy Quran followed by recitation of Naat. Those who got the honour of presenting Naat included Haideri brothers, Shahzad brothers, Shakeel Ahmad Tahir, Bilali brothers and others. The participants responded by waving their hands in great spiritual ecstasy during the recital of Naats.

Number of Durood offered during the month of August exceeded 17 corers (170 million times) whereas its number since the inception of Gosha-e-Durood has gone beyond 5 billion. 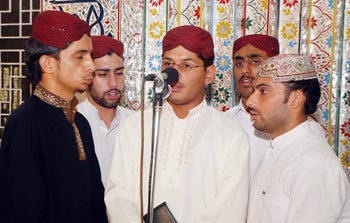 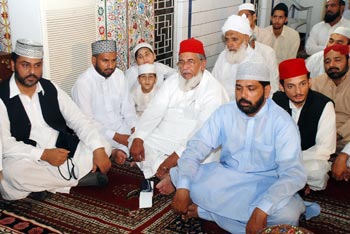 Addressing the participants of the programme, Dr Raheeq Ahmad Abbasi said Allah be thanked many a time Who blessed us with the holy month of Ramdhan and we should leave no stone unturned to garner blessings during this month.

He said the conduct of the monthly spiritual gathering was a rare honour in the holy month of Ramdhan and through this gathering, we conveyed to the world that Durood and salutation would continue to be offered till the Last Day on the person of the Holy Prophet (saw). Minhaj-ul-Quran International, through establishment of Gosha-e-Durood under the instruction of Shaykh-ul-Islam Dr Muhammad Tahir-ul-Qadri, has indicated to the world that the act of offering Durood was unstoppable.

He said at a time when the whole world was busy in materialistic and worldly pursuits, Minhaj-ul-Quran International has championed the cause of unity of the Umma and the functioning of Gosha-e-Durood was a practical and glaring proof of that. He said we were duty-bound to spread the message of Durood throughout the world. The programme concluded on collective prayers for national progress and peace and harmony. Muhammad Waqas Qadri of COSIS conducted the proceedings of the programme. 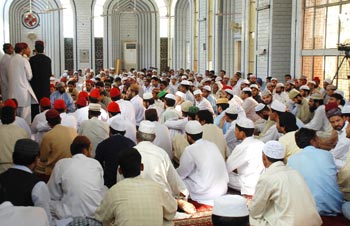 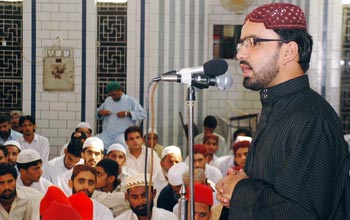