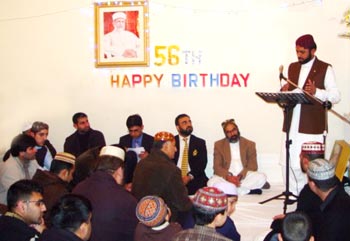 Birthday Card making Competitions were also held for the children and medals and gifts were given for 1st, 2nd and 3rd place. For the seniors a quiz competition was held where the participants were asked questions about Shaykh ul Islam and they were given a framed photo of Shaykh ul Islam as prizes. 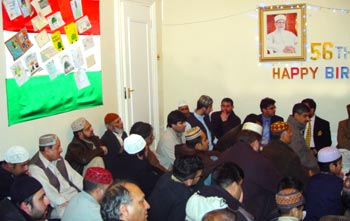 The Program was concluded with a wonderful 2 tier Birthday cake in the honor of Shaykh ul Islam which was made by Baji Tasneem Babar and Alama M.Shahid Babar. Hafiz Sheeraz Elahi (President NEC) declared this as the biggest cake for Quaid Day in the UK. He also praised MQI Glasgow for their efforts and their great achievement. 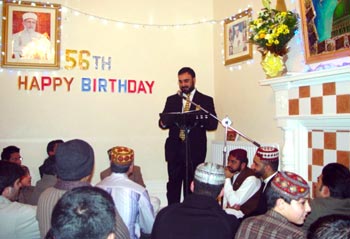 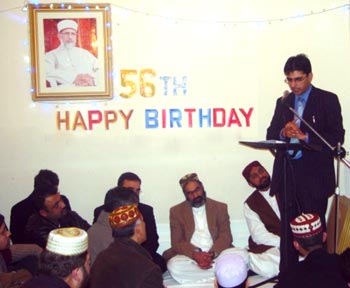 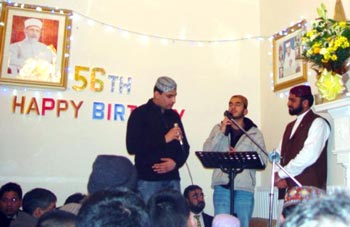 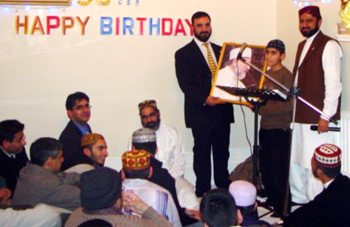 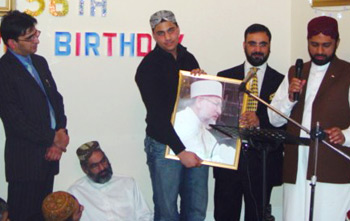 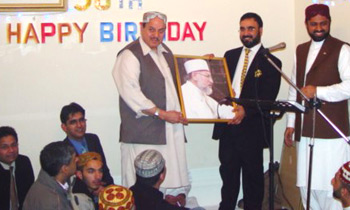 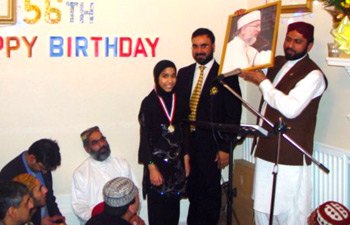 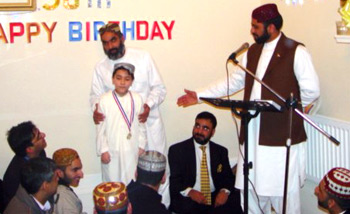 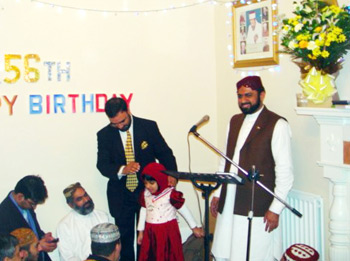 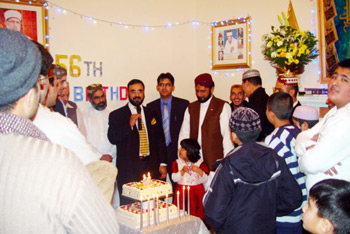 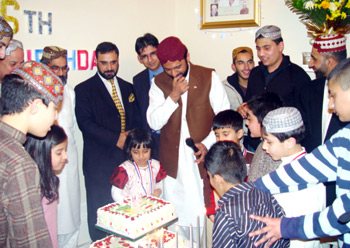 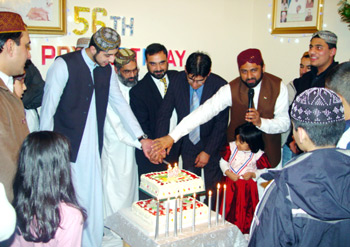