The oath-taking ceremony of the new organization of the Minhaj-ul-Quran Women League was held at the central secretariat. Chairman MQI Supreme Council Dr Hassan Mohi-ud-Din Qadri delivered a special address on the occasion. 27 MWL officeholders took the oath of office of central and provincial responsibilities.

Addressing the ceremony, Dr Hassan Mohi-ud-Din Qadri said that MQI has been working for women empowerment in light of the teachings of Islam for the last four decades. He said that women will have to be educated to make Pakistani society peaceful and civilized. He said that no development goal can be achieved by keeping women out of the mainstream. He said that the provision of top-notch educational and training facilities to women has been a distinguishing feature of MQI.

Ms. Farah Naz, while addressing the oath-taking ceremony, said that Dr Tahir-ul-Qadri took exemplary steps for the education and training of women. She said that MQI is playing its due role in the revival of Islamic teachings in the modern age. She said Dr Qadri provided an honorable platform of MWL to women to enable them to play their social and religious role, adding that MWL has been at the forefront of efforts to promote awareness of women's rights as guaranteed by Islam.

The ceremony concluded on special Dua for peace, progress, and prosperity of the country.

Dr. Ghazala Hassan Qadri presented the notifications to the MWL team who took oath for next two years. pic.twitter.com/LUgC6Gex4r 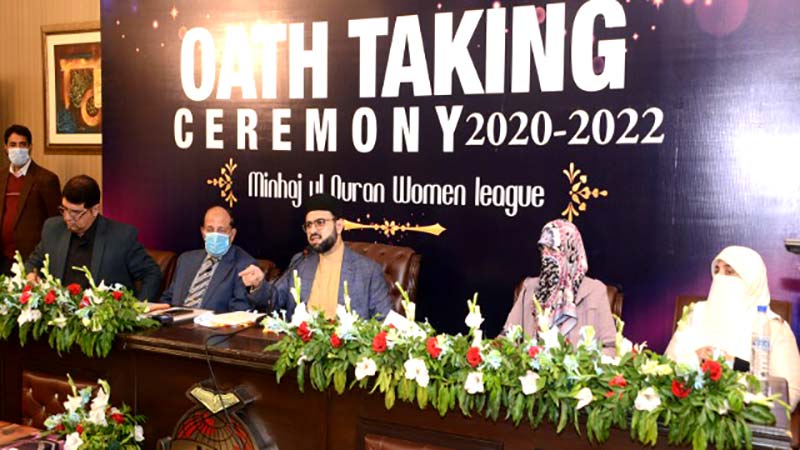 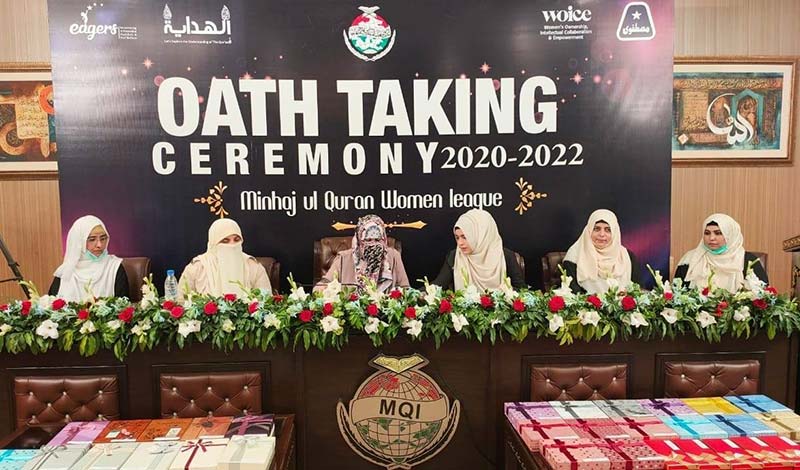 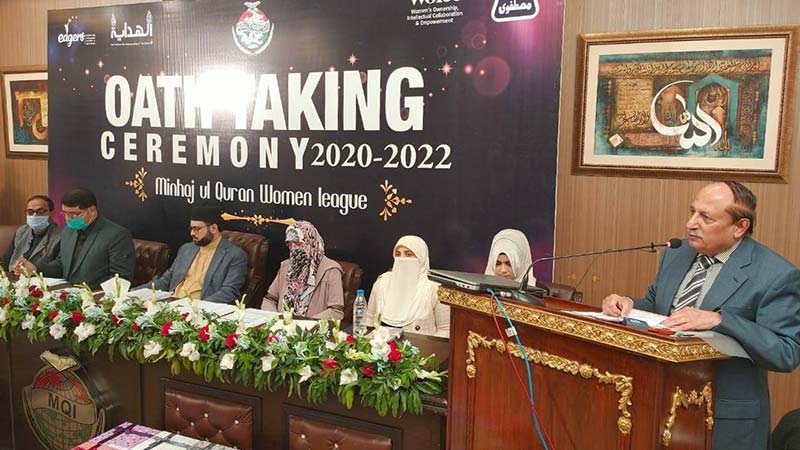 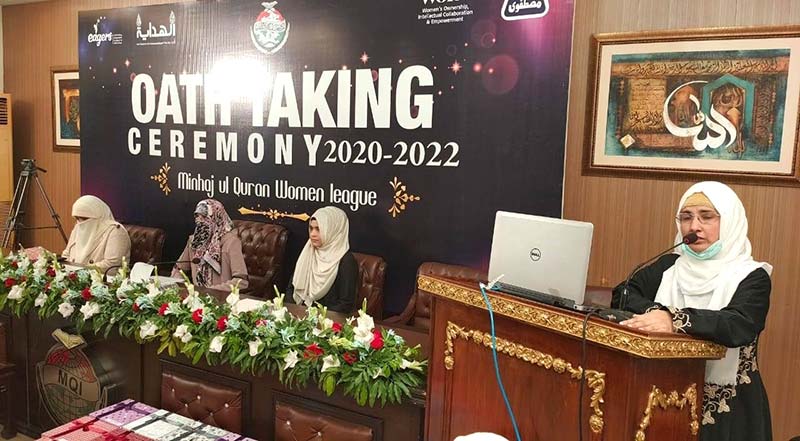