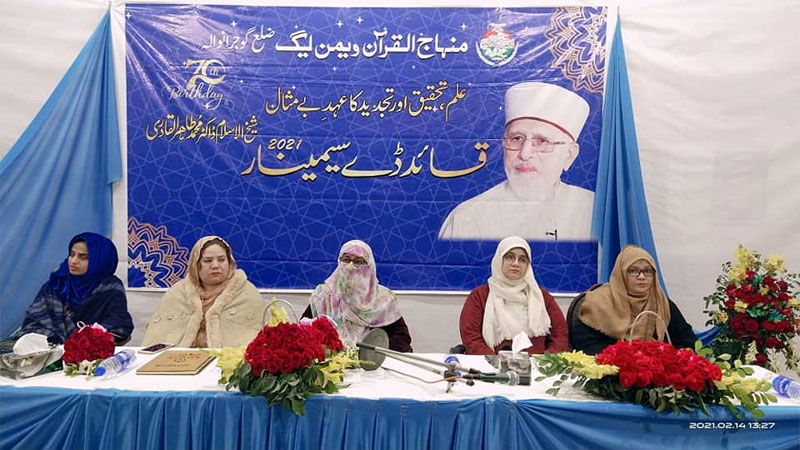 MWL District Gujranwala chapter organized the Quaid Day Seminar at the Gujranwala Chamber of Commerce and Industry. Ms. Rafia Urooj (Zonal Head Central Punjab A) was the chief guest of the seminar. Hundreds of ladies attended the event. Executive members from the 12 PPs of District Gujranwala were also in attendance.

In the end, appreciation shields were presented to the members of the Team Gujranwala by Ms. Rafia Urooj and Mrs. Shahida Mughal Noumani as an acknowledgment of the extraordinary performance shown by the District team.

Speakers threw light on the various aspects of the struggle of Dr Tahir-ul-Qadri in their speeches and paid rich tributes to him. They said that Dr Qadri has been a beacon of light for millions of people around the world. His services and contributions for the promotion of peace, education, interfaith harmony, and welfare have been noteworthy. They said that Shaykh-ul-Islam has done amazing work on so many levels, which is extraordinary. 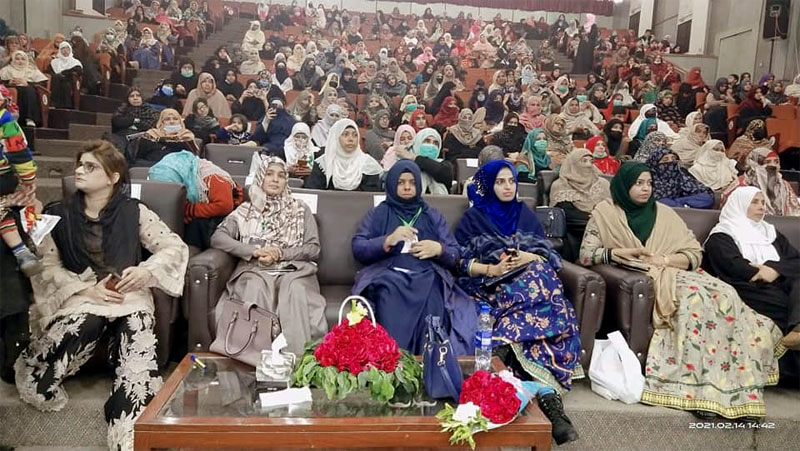