MWL holds a seminar to celebrate International Day of Women 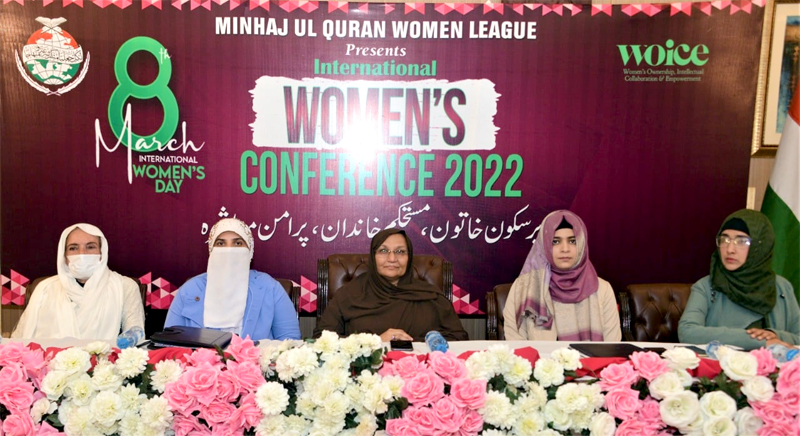 Speaking at a seminar held under the banner of Minhaj-ul-Quran Women League at the central secretariat of MQI, Provincial Minister for Women Development Ashifa Riaz Fatyana has said that the government would not compromise on women empowerment. She said that the kind of focus, commitment and delivery shown by the current government on the the matters of women's welfare, education, and training, there is no other example before it. She said that the government of Pakistan Tehreek-e-Insaf is ensuring the respect, prestige and honour of women in accordance with the teachings of the Holy Prophet (peace be upon him). She said that women enjoyed the protection of life, honour and property and had access to educational and training opportunities like their male counterparts in the State of Madina. 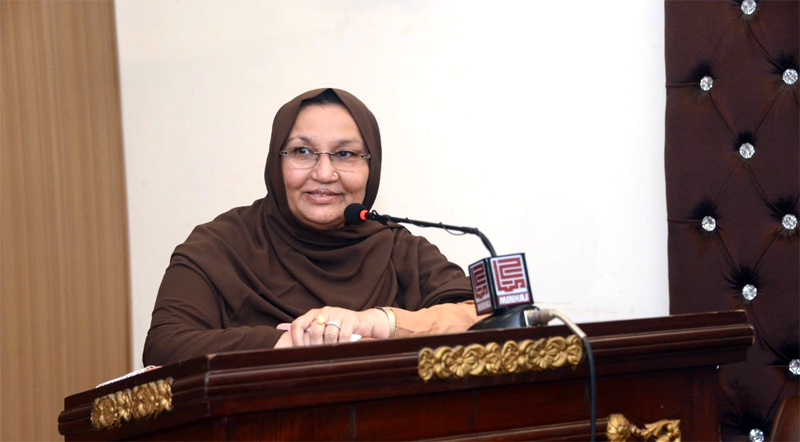 The Provincial Minister congratulated Shaykh-ul-Islam Dr Muhammad Tahir-ul-Qadri and Minhaj-ul-Quran Women League on arranging a seminar to celebrate the International Day of Women on March 8. She said that the women of Minhaj-ul-Quran are playing exemplary role in raising awareness about education and training of women across the country. 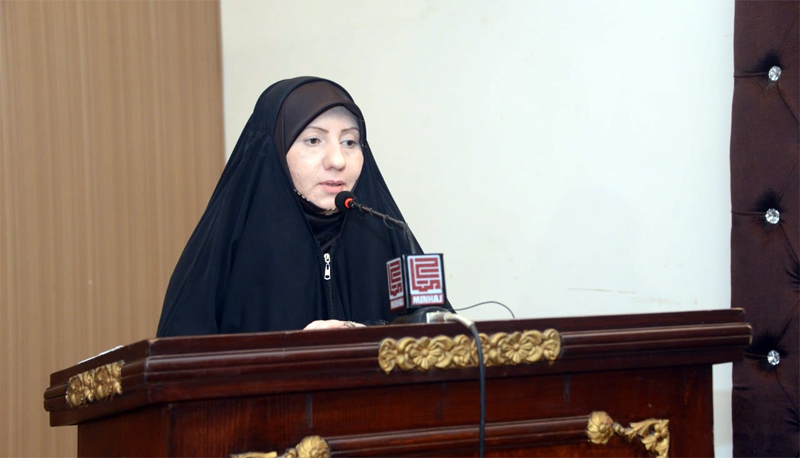 Syeda Zahra Naqvi, member of the provincial assembly and central General Secretary of Wahdat-ul-Muslimeen (MWM), while addressing the seminar, said that Islam has protected the economic rights of women by making them shareholder in inheritance. She said that women were not even considered human beings before the advent of Islam, adding that the Holy Prophet (peace be upon him) gave identity, and respect to women in the roles of a mother, a sister, a daughter and a wife. She said that the Holy Prophet (peace be upon him) did away with the the practice of burying the daughters alive 1400 years ago. She said that the incident of the killing of an infant baby girl in Mianwali was most heinous, soul-piercing and shameful. She said that the harshest punishment should be meted out to the culprit. 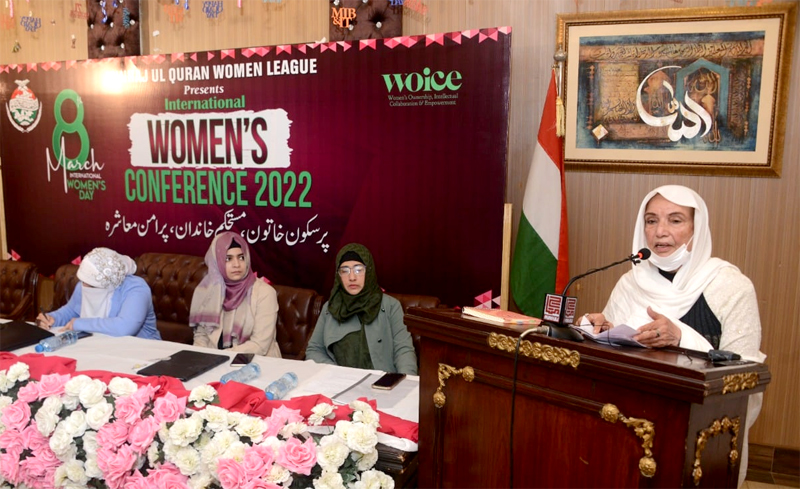 Intellectual and columnist Khalida Jamil said in a speech that the societies that do not respect their daughters and sisters are deprived of the blessings of Allah Almighty. She said that the women of today are not only self-aware but also have a very fair idea of their rights and duties. She said that women have equal share in the process of construction and development of a society side by side men. she said that no one can exploit the women in the presence of personalities like Shaykh-ul-Islam Dr Muhammad Tahir-ul-Qadri. 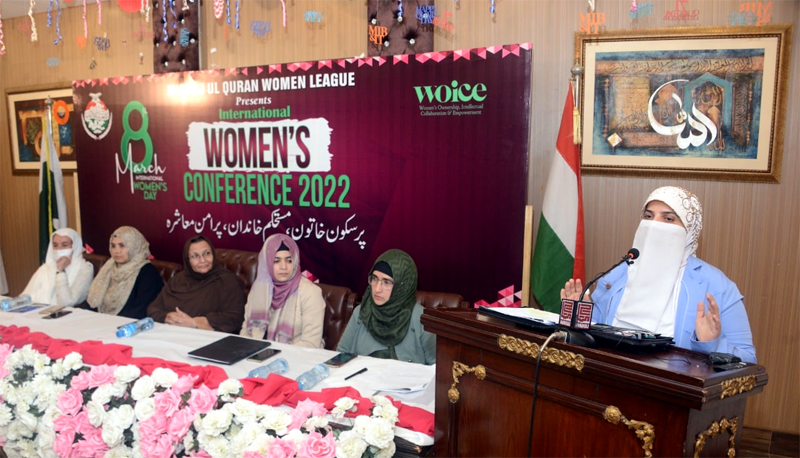 Central President of Minhaj-ul-Quran Women League Dr Farah Naaz also expressed her views in the seminar and said that educated women should come forward and play their role in the real empowerment of women. She said that they should be an active part of political and social movements to bring about wide-ranging changes in society. She said that women empowerment is a comprehensive concept, adding that we should not be fooled by shallow understanding of it. 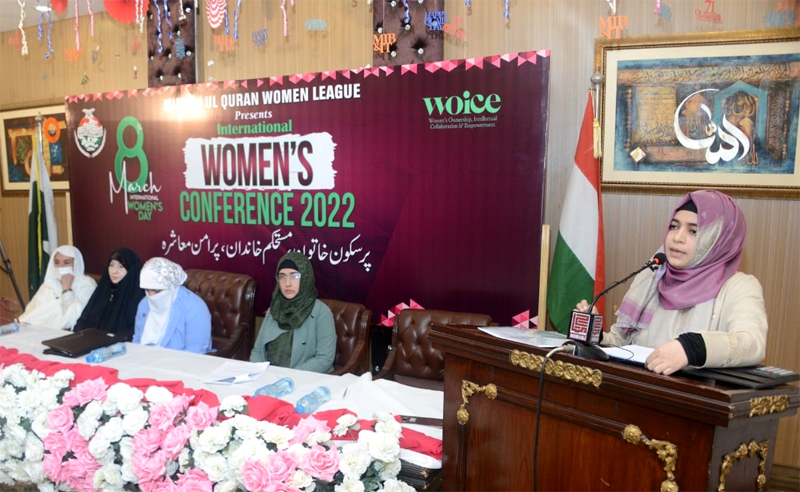 Central General Secretary MWL Sidra Karamat, while speaking on the occasion, said that the kind of charter for the protection of the rights and duties of women given by Islam doesn't have any other parallel anywhere in the world.

The participants of the seminar approved a resolution in which the heart-rending incident of the killing of a 7-year-old baby girl at the hands of her cruel and stone-hearted father was severely condemned. They demanded the state to register an FIR in its own name and ensure the meting out of the harshest punishment to the killer. They said that the killing of daughters is the thought of Abu Jahal and such incidents do not have anything to do with Islam or the teachings of the Holy Prophet (peace be upon him).

Another resolution recommending the grant of maintenance allowance to deserving and needy women was also approved in the seminar. It demanded that hostels should be established for working women in every city; women officers should be appointed in the public relations departments to listen to the complaints of women; and the steps should be taken at the official level for the resolution of problems of women and strengthening of joint family system. The seminar further demanded that legislation should be carried out to promote the skill development of women to enable them to use their talent and potential for the development of society. It was also demanded that books dealing with matters such as dignity and respect of women should be incorporated in the curriculum of schools and education.