Day 4: A visit to Dadu district by MWL leaders 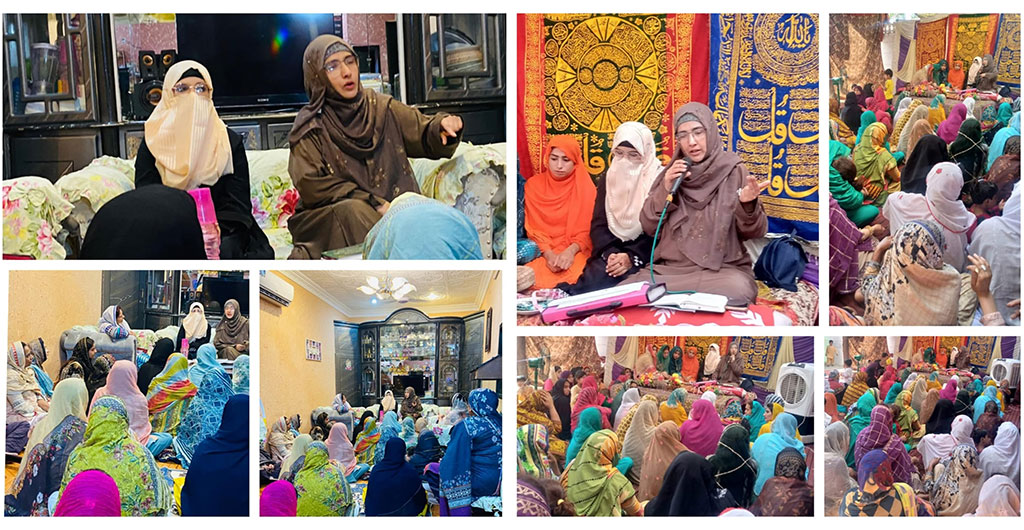 The central two-member delegation of Minhaj-ul-Quran Women League visited UC Radhan of Mehr city (Dadu). Sisters organized a Mehfil after which zonal head Mrs. Ayesha Mubashir talked about the Shan-e-Mustafaﷺ and our duties as Ummah. After a beautiful programme, six sisters got regular membership of MQI.

Later on, the delegation visited the city of Sehwan Sharif situated in district Dadu for the second meet-up of the day. Mrs. Ayesha Mubashir spoke on the topic of love for Almighty Allah. Ms. Misbah Mustafa briefed sisters about Shab-Bedari and its format released by dawah and training department of MWL. The four sisters from the meeting joined the MQI family as members to serve the Mustafavi mission.