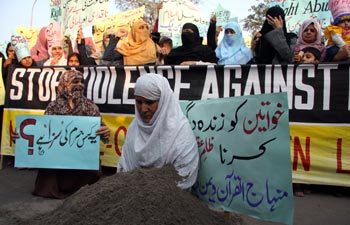 Women in Pakistan continue to suffer innumerable atrocities, violence, discrimination on the basis of gender and denial of their rights despite claims to improve their lot made by successive governments. All stakeholders including government, human rights organizations, NGOs, media and civil society groups should come together to form a consensus on the challenges posed to women and suggest measures to overcome them.

Sumera Rafaqat, central secretary general of Minhaj-ul-Quran Women League, expressed these views while addressing a women demonstration outside the Lahore Press Club on November 21, 2008. Minhaj-ul-Quran Women League organized this demonstration to highlight the issues being confronted by the Pakistan women in every nook and corner of the country. The demonstration drew representative participation from various women rights groups and NGOs in addition to a large number of women and children.

Ms Sumera Rafaqat said that Islam gave rights to women some 1500 years ago at a time when there was no civilization and laws of jungle held sway. In pre-Islamic societies, girls used to be buried alive and maltreatment of women enjoyed sanction of the society. But the Holy Prophet (saw) eliminated all these cruel and inhuman customs and gave respect and high status to women. She regretted that it was heart-rending to see women being buried alive in the Islamic Republic of Pakistan. 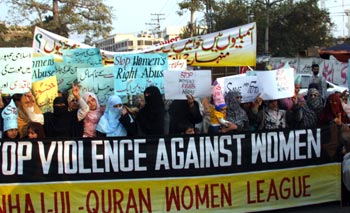 Ms Razia Shaheen, Nazima Tanzeemat, said in her speech that rising graph of crimes against women indicated lack of governmental response. She said abominable customs of Vani, Sawara, burial of women alive, throwing them before dogs, forced marriages to settle family disputes were all un-Islamic and needed our collective condemnation. She said it was responsibility of the government to take immediate measures to bring these practices to an end. She said that in spite of presence of women in parliament, nothing was being done and it was unfortunate.

Ms Ayesha Shabbir, president of Lahore chapter of MWL, said that strict laws were needed to punish the culprits involved in anti-women practices. There is a need to remove the lacunae existing in the laws and make their implementation strict. Appreciating the role media was playing in highlighting women-related issues, she urged it to boost its efforts even more to impress upon the government to undertake effective legislation to eliminate crimes against women. She said Minhaj-ul-Quran Women League stood for rights of women and would continue to play its role in highlighting issues of women. She asked women need to take initiative in their hands and get their voice heard through collective action. 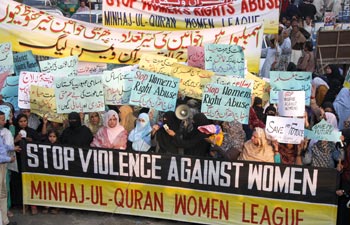 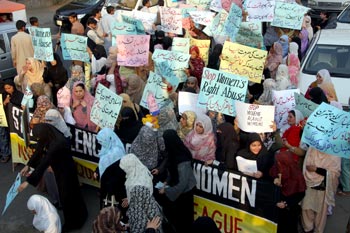 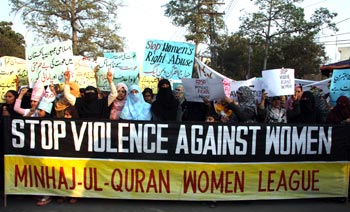 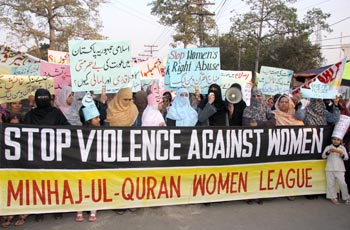