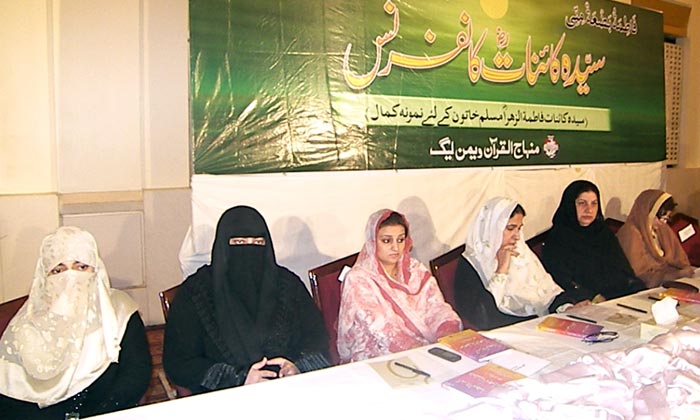 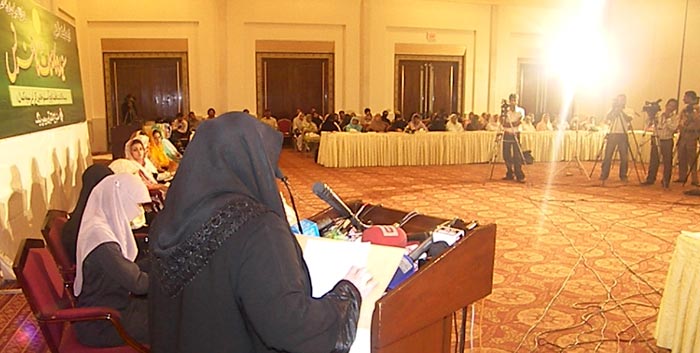 The proceedings of this holy gathering started with the recitation from the Holy Quran by Sajida Sadiq followed by recital of Naat by Shumaila Abbas.

Addressing the conference, Mrs Quratulain Fatima, daughter of Shaykh-ul-Islam, said that Minhaj-ul-Quran Women League needed to deserve felicitation on the conduct of such a successful programme. She said that the mention of the personalities associated with the person of the Holy Prophet (S.A.W) is a matter of immense honour and blessing. Sayyida Fatima-tuz-Zahra (S.A) is the person for whom the Holy Prophet (S.A.W) had intense love. Today’s mothers, sisters, daughters and wives would have to mould their character in accordance with the life of Sayyida Fatima-tuz-Zahra (S.A) so that our decline could be replaced with rise. 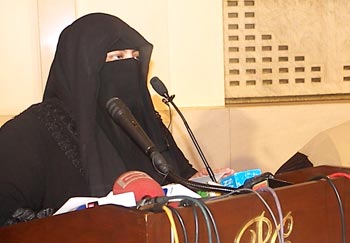 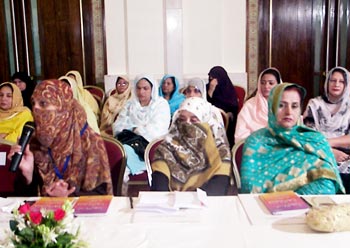 Addressing the Conference, Mrs Fauzia Wahab, central Secretary Information of the ruling Pakistan People’s Party, said that the personality in whose remembrance the Conference had been organized is related to the Holy Prophet (S.A.W). Those who come to attend such programmes characterized with remembrance of such revered figures, do not go back empty-handed. She said that the women would have to seek guidance from the pattern of life of Sayyida Fatima (R.A). The mothers need to train their children in such a manner as enables them to advance the mission of Sayyida Fatima-tu-Zahura (R.A) and do everything possible for attaining renaissance of Islam. She said that the great mothers give birth to great children. She said that the efforts of Shaykh-ul-Islam Dr Muhammad Tahir-ul-Qadri for promotion of Islamic teachings the world over owed themselves to the training his parents imparted to him in his childhood. 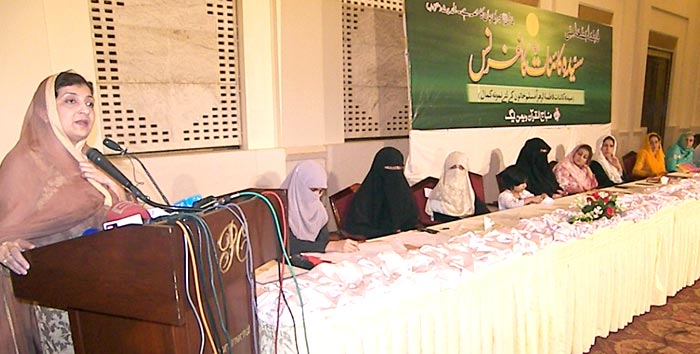 Federal Minister Samina Khalid Ghurki said in her speech that the Holy Prophet (S.A.W) had great love for his daughter, which he expressed in the saying: Fatima (R.A) is a part of myself. Whosoever annoyed her also annoyed me and whosoever loved Fatima would not touch hell. She said that the life of Hazrat Fatima (R.A) is a beacon of light for the women of all religions in general and Islam in particular. By following her in her footprints, our women could give birth to a generation of people with pious character who could revolutionize the entire world. 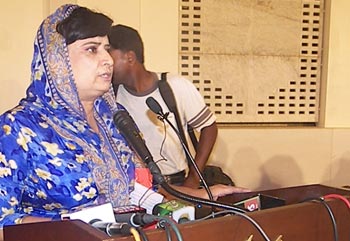 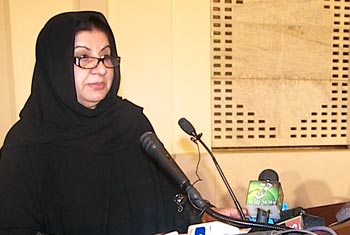 In her speech, Mrs Fatima Mash`hadi said that the Shiite-Sunni riots were being engineered to create rifts within the body politic of the Muslim Umma and heinous propaganda of differences among the mothers of the believers was being undertaken under a conspiracy. In reality it was not the matter. Many a Prophetic traditions about the holy personage of Sayyida Fatima-tuz-Zahra (S.A) were reported by Hazrat Ayesha Siddiqa (R.A). The stepmother of today cannot pour her heart out on the praise of her stepdaughter. 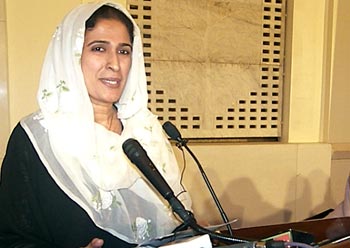 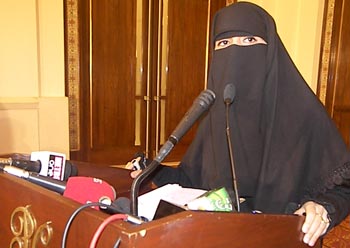 Mrs Uzma Bukhari, Mrs Sajida Mir, Dr Asma Mamdot and Ms Sumaira Rafaqat, central Secretary General of MWL, also addressed the Conference. They threw light on various facets of the personality of Sayyida Fatima-tuz-Zahra (S.A) and urged the women to follow her as their ideal. The conference ended on Dua for national prosperity and security. 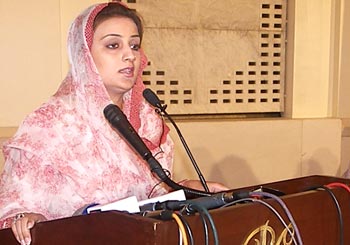 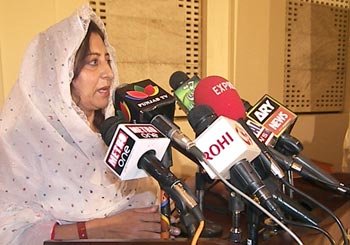 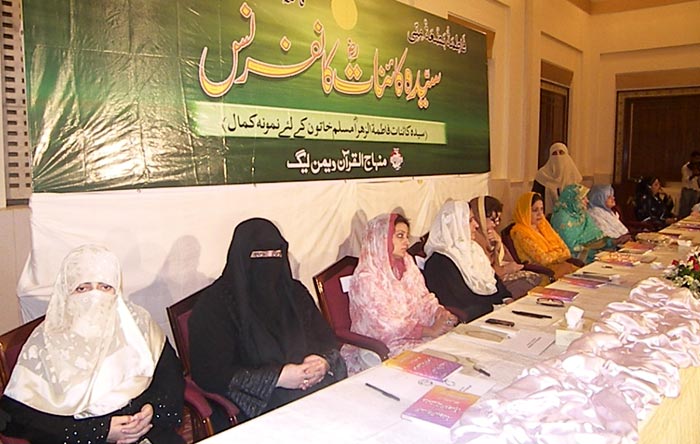 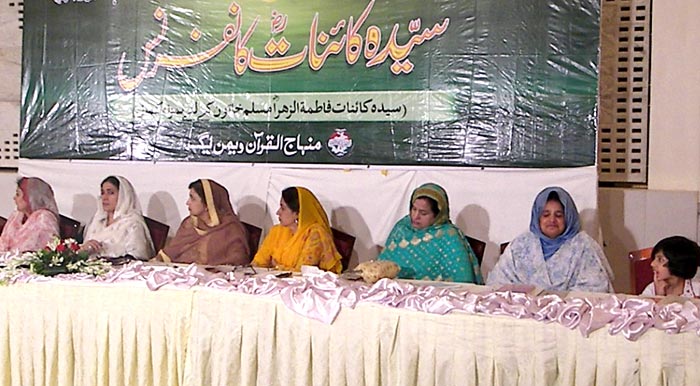 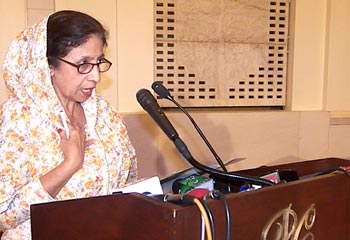 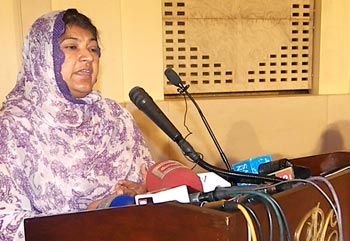 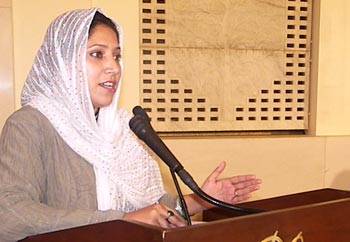 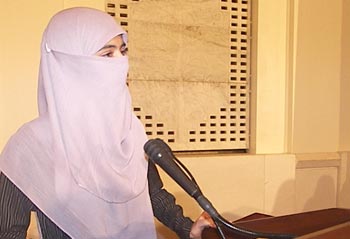 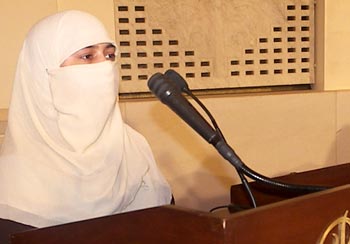 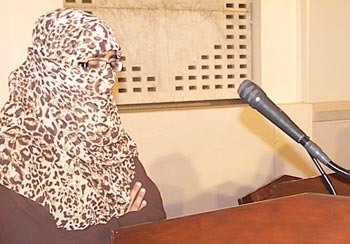 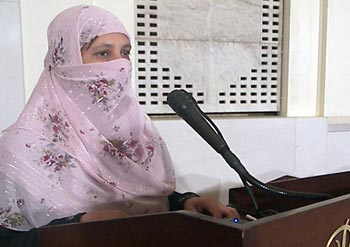 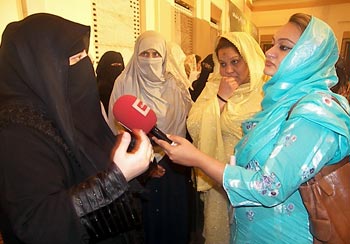