Minhaj-ul-Quran International (Victoria chapter) held Mawlid-Un-Nabi (SAW) Conference on 4th February 2012. The conference was a true picture of unity within the Muslim community and remarkable presentation of respect, love and reverence for the Holy Prophet (SAW) which Muslims have in their hearts. This year, for the first time, Mawlid-un-Nabi (SAW) was celebrated at such a large scale in Melbourne (Australia). Over a thousand people, men and women attended this programme and showed love and respect for the Prophet of Islam (SAW). The presence of Sahabzada Hussain Mohi-ud-Din Qadri made a great difference and enthused all the participants to get fervently absorbed in celebrations. 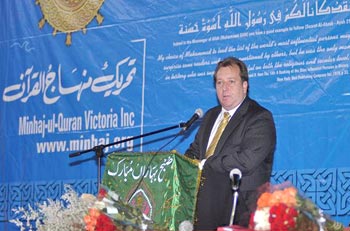 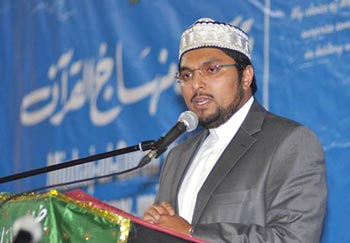 First Session: Mawlid-un-Nabi (SAW) as message of peace and integration 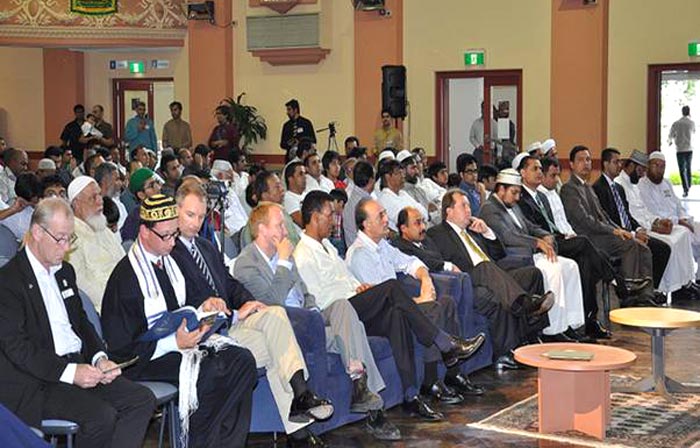 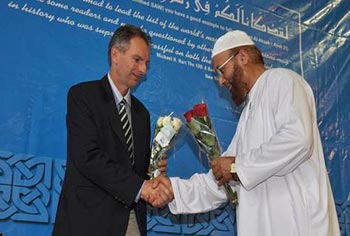 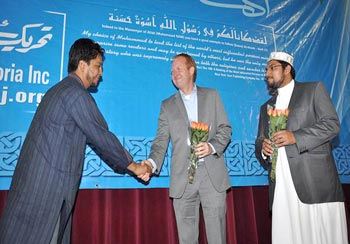 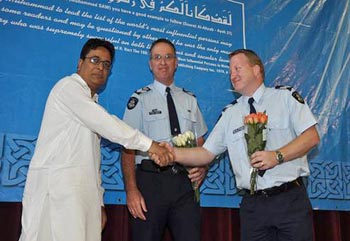 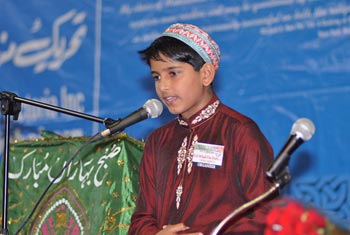 After his lecture Sahabzada Hussain Mohi-ud-Din Qadri was invited to conclude the English session of the conference. The crowd gave him a standing ovation on his arrival on the stage. He spoke on how the birthday of Holy Prophet (S.A.W) is the birth day of peace in the history of humanity and mankind. He further elaborated the traditions of Holy Prophet (S.A.W), and described why Muslims needed to acquire knowledge, love, and peace, and why these three words should be close to their hearts. He further spoke on the objective and needs of strengthening Minhaj-ul-Quran in Victoria (Australia). He concluded his English speech with the message of Shaykh-ul-Islam Dr Muhammad Tahir-ul-Qadri about peace and harmony in the world. The crowd loved his enlightening speech very much. The distinguished guests welcomed the message given by him in an exciting way. In the end, all the distinguished guests were presented with flowers as a token of respect. 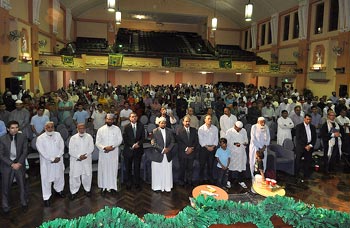 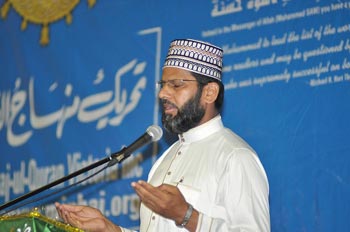 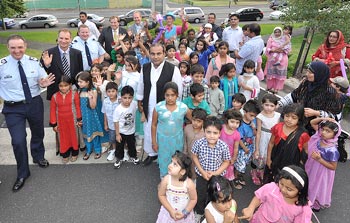 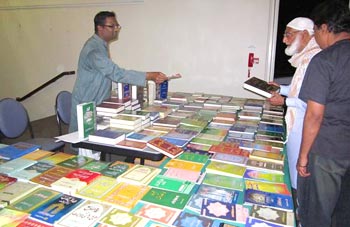 The second session began with the recitation of beautiful Nasheed by brother Abd-ul- Qadeer Khubair, which was followed by another Noshed recited by Brother Zaheer Ahmed. Then Brother Muhammad Saeed, Usman Muhammad Afzal, Khuwaja Nizam-ud-Din, and Muhammad Mehfooz Rafat recited the Naat Shareef respectively. The conference had a feel of spiritual blessings of Holy Prophet (S.A.W). Again Sahabzada Hussain Mohi-ud-Din Qadri was invited on the rostrum for his second but extensive lecture in Urdu on the topic of “Is celebrating Milad-un-Nabi (S.A.W) an innovation?” Everyone among the crowd enjoyed his speech on this significant topic. After the speech was over, many people from the audience expressed their views as to how this lecture has benefited them in terms of correcting their belief. After the recitation of ‘Salat-o-Slam’, Dua was led by Allama Ramdan Qadri. Five courses Milad feast was served at the end of the grand conference which was enjoyed by everyone. A lot of activities for enjoyment of children were also organized in the premises, which created a unique impact to the event. Minhaj-ul-Quran International (Victoria) also put up stalls of books, CDs, and DVDs of Shaykh-ul-Islam Dr Muhammad Tahir-ul-Qadri. Participants of the Milad conference showed their keen interest in the books and DVDs.