PAT to hold countrywide conventions on its 25th foundation day

Basharat Aziz Jaspal, President of Punjab chapter of Pakistan Awami Tehreek (PAT), has said that scourge of corruption has eaten into vitals of Pakistani state and society and monster of mind-boggling inflation and price hike is gobbling the poor and middle classes. He said that the continuity of policies that snatched people from right to bread and butter was taking away from them their right to life. He said that the powers that be had imposed a system of oppression on the masses in the name of democracy and regarded them as their slave. He said that PAT’s countrywide workers conventions to be held on May 25 would prove to be a milestone to break the shackle of slavery and raise awareness about people’s rights. He said that by attending the workers conventions on May 25 in their large numbers, the PAT workers would show to the world that the days of the powerful ruling elite had been numbered now and time for people’s government was near.

President of PAT Punjab said that time had come for the people to take to the streets to take their rights back from usurpers. He said that those clinging on to hope of change should also understand that sitting idle at home would not solve the problem. He said that workers conventions would be held in over 300 cities of the country to mark the auspicious occasion of PAT’s 25th foundation day. He said that PAT leader Dr Muhammad Tahir-ul-Qadri would address these conventions. He said that these conventions would convey a powerful message to the ruling elite that the days of loot and plunder were over now and the process of usurping people’s rights had run out its life.

Basharat Aziz Jaspal said that the politicians and the rulers were undermining the state to protect their vested interests at every cost. He said that the country remained trapped in terrorism and sectarianism and the so-called democratic government did not implement even a word of its electoral promises. He said that the people were paying a heavy price in the presence of skyrocketing inflation and energy crisis with the result that social evils such as theft, robbery and poverty were on the increase. He said that it was the state’s responsibility to find a solution to the problem of unemployment, price hike and terrorism. He said that it was regrettable that our rulers had completely failed in discharge of their duty in this regard.

He said that it was need of the hour that every individual of the society played his role to raise public awareness about his constitutional rights, put an end to loot and plunder of resources and sell out of state-owned enterprises. He said that every Pakistani should become a part of caravan of 10 million Namaziz under the leadership of Dr Tahir-ul-Qadri. He said that the day prayer of revolution would be established, the looters would flee this from country. 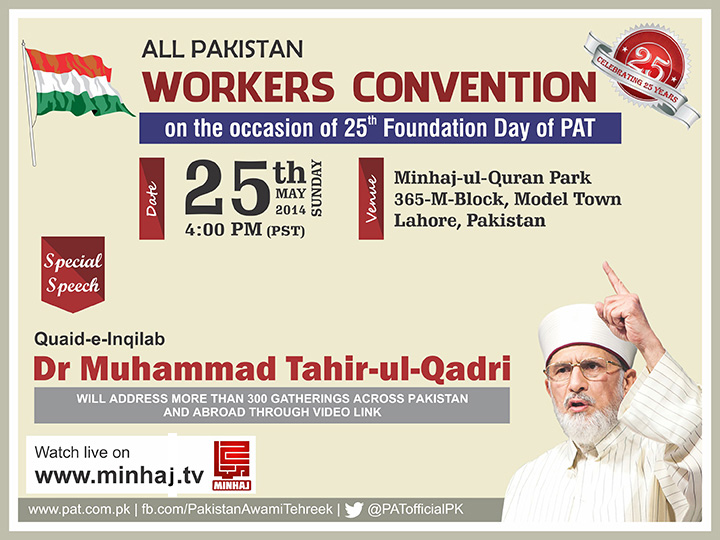