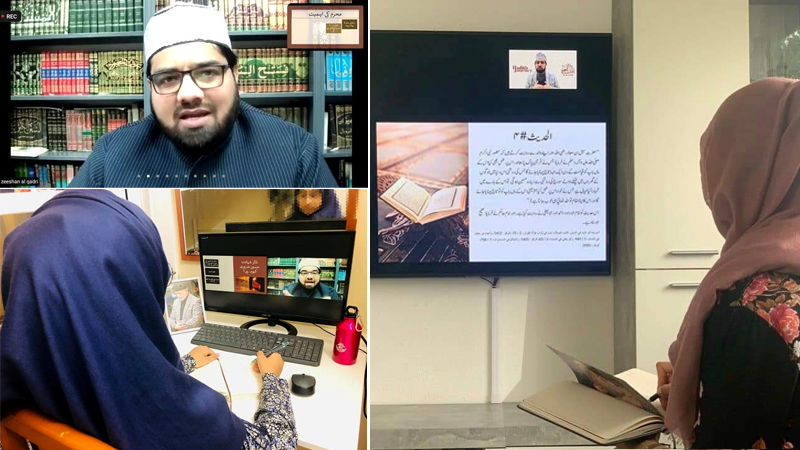 The purpose of the course was to re-connect young sisters to the Messenger of Allahﷺ through his sayings. Scholars from the UK and Europe delivered their discourses in this journey on various topics. A large number of sisters participated in this course from around the world.

Shaykh Tasneem Sadiq Qadri delivered the final discourse of Hadith Journey on the topic of night vigil in the light of Hadith from Minhaj-us-Sawi by Shaykh-ul-Islam Dr. Muhamad Tahir-ul-Qadri.

He beautifully started his lecture by explaining the virtues of night vigil:

The moment of acceptance is almost 1 hour before the Fajr prayer, Allah is according to His stature close to His servants, this is the hour in which supplications are accepted, Shaykh Tasneem taught the virtues and blessings of the hour.

The Beloved Messenger of Allahﷺ said: “Make Tahajhud a compulsion upon yourselves as:

From this, we can derive that following the footsteps of the pious and God-fearing savants in the hope of gaining the same blessings lead us to prosperity and acceptance. Thus, adhering to their customs can lead us to Allah’s proximity.

He also narrated a Hadith in which the Holy Prophet ﷺ said if a husband and wife wake up in the middle of the night and perform two cycles of prayer together, their names will be written/graded into the group of people who performs Allah’s dhikr in abundance.

Allah's Messengerﷺ said: "There are two types of people who are the leaders of my Ummah, the one who possess the knowledge of the Qur’an (act upon it), and the one who stay awake in the night (for worship)."

Shaykh Tasneem also mentioned that Sayyidi Shaykh-ul-Islam Dr. Muhammad Tahir-ul-Qadri emphasizes the importance of reciting and studying the Qur’an, which is the Speech of our Beloved Lord, the depiction of Guidance, and then applying it is the biggest litany. Regardless of how much you study it, the Qur’an should be reflected in our lives. 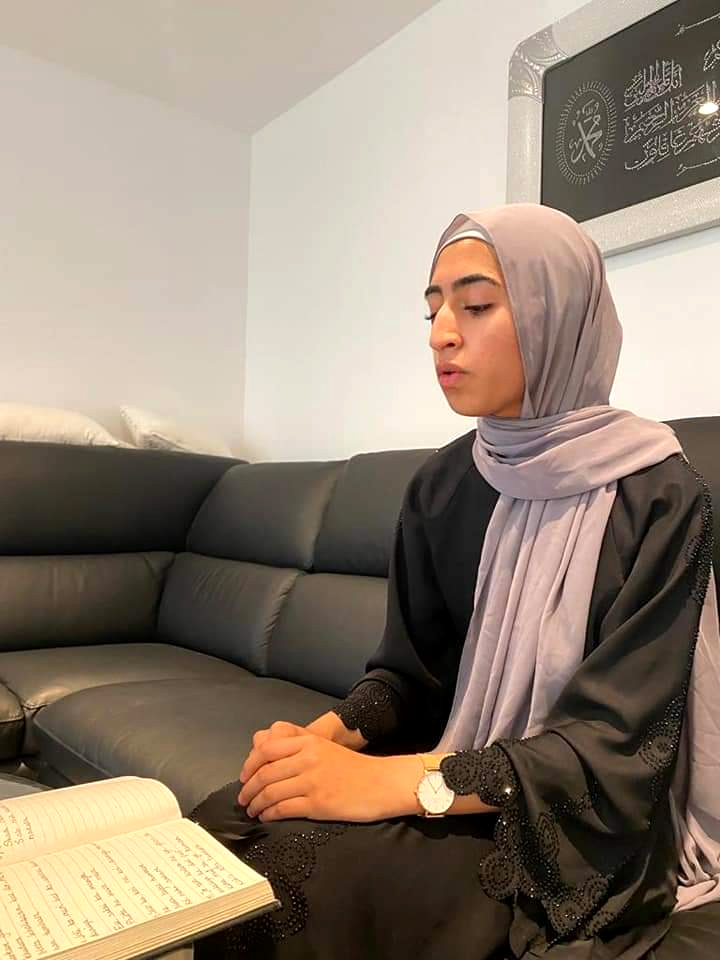 Allah has prepared such blessings for those who perform Tahajud which is not seen by any eye or heard about through any ear, nor has its’ thought passed through any human heart, no Angel or Prophet knows about it. Such are the recompenses of a night vigil.

The Messenger of Allah saidﷺ:

• Spread peace
• Feed each other
• Act with kindness to your blood relations kins.
• Wake during the night whilst people are asleep, and you will peacefully enter Jannah. - Tirmidhi

Further, he portrayed different layouts of the predecessors who would perform Night vigil from the book Qut-ul-Qulub by Abu Talib al- Makki R.A.

Also, Shaykh Tasneem proposed a practical routine of night vigil to be adjusted around sleep, which we also find examples of in Prophetic narrations.

Abu Talib al- Makki R.A. has explained in his book Qut ul Qulub the tools that can facilitate us in waking up for prayer

• Legal (halal) provision
• Being steadfast in repenting from sins & negligence
• Fearing separation from the proximity of Allah and hoping to meet Him.

These three elements accommodate us in performing the night vigil.

Further, three elements disrupt and stand in the way of Night vigil

Shaykh Tasneem Sadiq concluded the session with a Q&A session followed by a supplication. 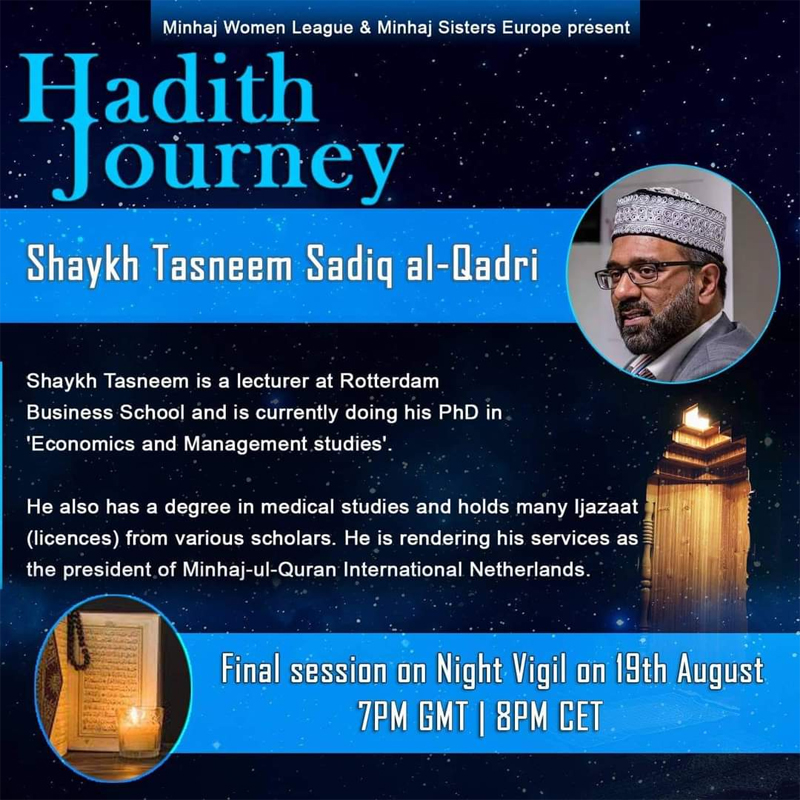